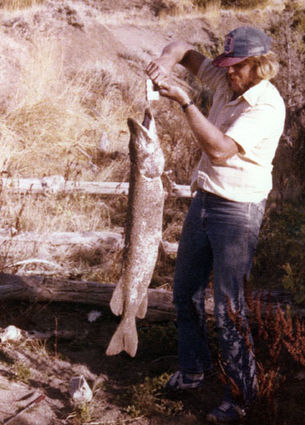 Paul Martin Breitbach, 70, passed away unexpectedly in his Lincoln home on Wednesday, July 4, 2018.

Paul was born in 1948 to Fabian and Irene (Sailer) Breitbach of Circle, Mont. He was the oldest of seven children, one of whom died in infancy.

Paul grew up with his brothers and sisters on the family farm and was quite the young entrepreneur, raising collie dogs and Shetland ponies, and selling chicken eggs as a young man. After graduating from Circle High School, Paul went on to Carroll College in Helena. He completed a degree in accounting and attended law school for a year at the University of Montana before becoming an accountant for the state. During this time, he met and married Barbara Gray. Paul and Barbara had one daughter, Jennifer, and later divorced.

Paul moved home to work on the family farm in the mid-1970s. In Circle, he met and married Beverly Derry. The couple had two children, Jon Paul and Amanda, and lived on the farm for many years. They later divorced.

Paul lived in Acton, Mont. for several years, where he worked at the local race track, and then moved to Lincoln, where he worked for the Bouma Post Yard until retirement. In his final years, he enjoyed fishing with his good friend Jim and the company of his black lab, Jake. Paul loved fast cars, good dogs, and loud music. He enthusiastically pursued hobbies including driving stock race cars, competitive pistol shooting, gunsmithing, playing pool, and singing karaoke.

Paul is survived by two brothers, Pat Breitbach and Perry (Audrey) Breitbach of Circle; two sisters, Rose (Gary) Knowles of Monmouth, Ore. and DeeAnn (Chad) Sutter of Miles City; one uncle, Bill Breitbach of Glendive; a son, Jon (Jennifer) Breitbach of Butte; two daughters, Jennifer (Loren) Pulvermacher of Westby and Amanda (Ryan) Breitbach of Nacogdoches, Texas; three granddaughters, three grandsons, and one great-grandson. He was preceded in death by his parents and by a sister, Mariann (Andy) Mikes.

A private celebration of Paul's life will be held at a later date. Memories and condolences may be shared through Big Sky Cremations and Twitchell Funeral Service, online at http://www.helenafunerals.com.