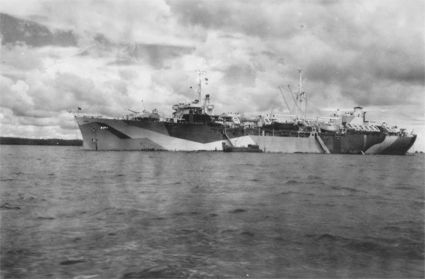 In 1942 Steve Stocks joined the Coast Guard at 17 years old. Four months later he was on a brand new fast transport headed to a base of operations on an island on the south end of New Guinea that had only recently been liberated.

"I went to an Island called Good Enough Island on the southern end of New Guinea," Stocks said. "The Japanese had just been chased out of there by the Australians."