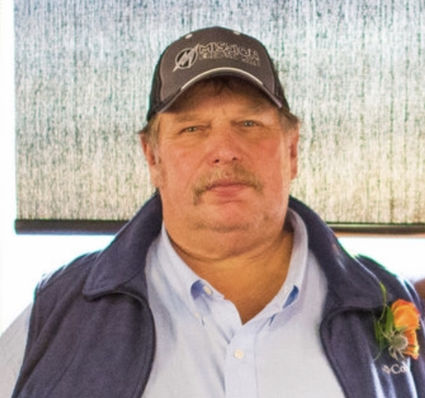 Alan Henry Heikkila entered the world Feb. 16, 1955 in Monterey, Calif. to parents Henry and Anna Marie (Pederson) Heikkila. They lived in California briefly while Henry was in the Army, and then returned to Montana where they settled in Ulm.

Alan received his education in Ulm and Cascade High School. He proudly played football and wrestled as a Cascade Badger, graduating in 1973.

As a young man Alan began a life-long career in construction. He happily drove the back roads of Montana pointing out grain bins and a variety of steel buildings marking the landscape with his talents.

In 2005, Alan earned journeyman electrician status and so discovered his passion. Problem solving and trouble shooting challenged his logical mind, his code book was always within reach. He took great pride in his profession, instilling a standard of excellence on every job and imparting this to his apprentices.

On Sept. 20, 1980 he married Karen Helgevold, and they had daughter Amanda.

Alan married his current wife Reg (Colleen) in Cascade on June 11, 2005. They settled in Great Falls and Lincoln...his "happy place."

Alan Heikkila passed away peacefully in the early hours of Dec. 24, 2018.

He is survived by his wife Reg and daughter Amanda (Ryan) Rosselott of Billings and grandsons Bo Ramsey and Wyatt Rosselott. Survivors also include step children Megan (Brian) Weber of Kalispell, Jake (Kenzie) Broden with Tucker and Baylie of Great Falls.

He was preceded in death by his parents Henry and Ann Heikkila, and his brother Ross Heikkila.