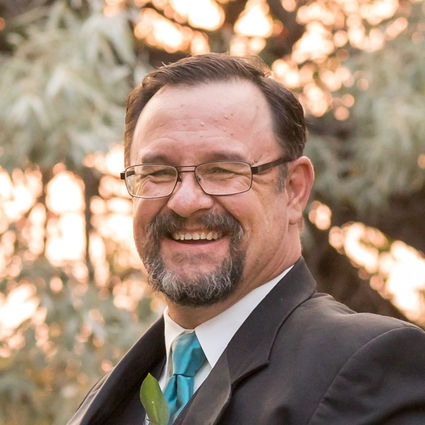 James William (Bill) Frisbee Jr., from Lincoln, Montana, passed away due to medical complications on January 16th, 2019 surrounded by his family. Bill was 54 years old. He was born in Verdun, France on November 17, 1964 to James William Frisbee and Rosellen Decker Frisbee. Bill graduated from Capital High in Helena, Montana in 1983 and married his best friend and college sweetheart Jill Marie Pitsch Frisbee in Hardin, Montana, on January 26, 1985. They would have celebrated their 34th anniversary this week. Bill enlisted in the Air Force February 1984 and served as a Pharmacy Technician, retiring as Master Sergeant on May 1, 2004. Serving his country was one of his most important and proud accomplishments.

Upon Bill’s retirement, he and Jill moved to Lincoln, Montana with their children. Bill’s time in Lincoln was marked with a career as Real Estate Broker, co-owner with his wife of the Lincoln Pit Stop, and he served on many board and community roles. Upon his father’s death, Bill promised that he would take his father’s place serving the Upper Blackfoot and Lincoln Valley communities. He went above and beyond, participating throughout the years on nearly every Board in the valley, including The Lincoln School Board and The PTSA, the Hospital District Board, Lincoln Valley Chamber among others. Nearly four years ago, Bill also became an EMT for the Lincoln Volunteer Ambulance. In early January, he received outstanding 2018 Emergency Medical Technician and was recognized as serving the most medical calls in 2018. Up until his death, he was serving Chair of the Upper Blackfoot Valley Community Council and Chair of the Lincoln Rural Fire District and participating in many hours of volunteer service. Bill touched many lives and left his mark in Lincoln.

Bill is survived by his Mother, Rosellen Frisbee, his wife Jill, his children, Jonathan Ray Frisbee, Mellissa Frisbee Gilbert (Frank Gilbert), and Tana Webb (Tyler Webb), who he and Jill also count as a precious daughter. Bill is also survived by his sisters Jamii Frisbee Beach (Doug and daughter Sarah Beach Gray) Stephanie Frisbee Soderquist (Jeff and children Nicholas and Jaimison Soderquist and Michael Hill). And Bill couldn’t wait for the birth of his first grandchild, a baby girl who is due to Frank and Mellissa in April 2019.

Bill was preceded in death by his father James William, his grandparents, John (Ray) and Myrtle Decker and Helen and Floyd Frisbee.

Bill will be remembered as his wife’s best friend, a great brother and son, a terrific dad, a community leader and a friend to many. He impacted so many lives; was loved by all and will be missed beyond measure.

The services will be Friday, January 25, 2019 at 11am at the Lincoln Community Hall. Potluck luncheon to follow.

Bill had a passion for Lincoln Emergency Medical Services and a kindred heart for his colleagues. In lieu of flowers, please send donations to: