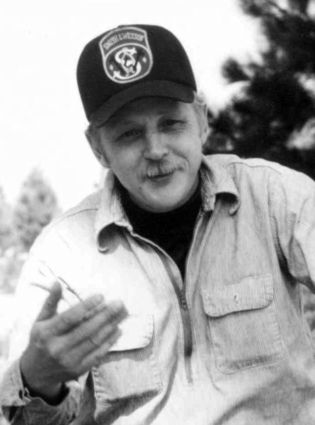 He was born December 20, 1941 and lived in Pendleton, OR until he was 13, when his family moved to Sacramento, CA. He joined the Army after high school and spent 3 years in Germany, mainly spying on the Russians and Cubans and verifying that they were indeed building missile sites.

After the Army, Terry applied for a job with Duell Vocational Institute in Tracy CA. He didn't have a clue that this was a prison until he drove up to report for work and saw all the towers and guards with guns. No training was provided. A sergeant threw him a set of many, many keys and said, "figure it out." Well, he did figure it out better than most people and the Ca Dept of Corrections benefited from his wisdom and farsightedness from then on until his retirement in 1995.

When we moved here permanently in 1995, he met a youngster name John Beckman. He always said John taught him to play. You worked hard and then you played hard. What good times and scary times these two had.

His daughter Keri and her family started coming here and fell in love with it as much as he had. They enjoyed working on his numerous projects, but the building of the "Memory Chapel" was the most important and meaningful to all of us.

Terry never met a stranger. If he didn't know you, he wanted to know why he didn't know you, where you came from, why you lived in Lincoln and for how long you had lived here, what kind of work did you do, how many relatives you had here and where did you come from. Strangers never felt he was being nosy, just truly interested in them and actually listened to what they said.

I was married twice to this most remarkable man for 46 years and in all that time I never heard him refuse to help a single person. His intellect and humanity never ceased to amaze us.

Terry's motto was "Truth, Justice, and Fair play" and he most definitely lived by those standards.