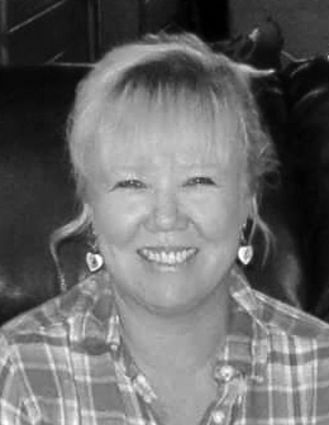 Lori Denise Friedenbach passed away at the young age of 44, on Thursday, March 21, 2019 at St. Peters hospital in Helena, Montana. Lori faced her passing bravely, family and loved ones, including her newfound love Glen Wendell, by her side.

Considered a miracle baby by her family, Lori was loved and raised by "a village" of parents, grandparents, aunts and uncles on both sides.

In the year 2000 Lori, a young mother with two small children, moved from Texas to Lincoln, Mont. to be closer to her father and aunt and uncle, Loretta and Jim Sauders. Very family oriented, Lori was a loving daughter and devoted mother who always put her kids first and considered her children, Kayla and Dakota, to be her biggest accomplishment.

An honest person and a very hard worker, Lori had pride in herself and dignity in her dealings. Also a spiritual person, she had a firm belief in Jesus, and spoke with him every night.

She enjoyed the outdoors, camping and her pets and looked forward to the opportunity to travel. She was full of plans and ideas about what she wanted to do and see, now that her kids were grown.

All who knew her will remember her as a happy, kind and loving person. The love she offered so freely was reciprocated by many.

Lori is survived by her daughter, Kayla Hileman, and son Dakota Hileman, both of Missoula, Mont., aunt and uncle Loretta and Jim Sauders of Lincoln, aunt Coleen Clark of Wolf Point, a large extended family, a wide circle of friends and her dog, Lilly. She was preceded in death by her parents, brother Carl Jerome Friedenbach, and grandparents on both sides of the family.

Lori was honored by friends and family in Wolf Point in a Traditional four-day Assiniboine celebration of life and will be memorialized in a service at St. Jude's Catholic Church in Lincoln on April fourth at one p.m., followed by a pot-luck style celebration of life at the Wilderness Bar. She will be buried with her father and grandparents in Stevensville, Mont., in a private family ceremony.

Lori's family plans to host a sale on March 30 & 31, at the B Street Apartments in Lincoln, apartment A1, to help them cope with expenses and with the overwhelming task of disposing of her estate. They hope anyone who may wish to have something to remember Lori by will attend.

In memory of Lori and with the family's gratitude, any donations to help defray costs can be addressed to Kayla Hileman and mailed or delivered into the care of Citizen's Alliance Bank in Lincoln, P.O. Box 59, 59639. The family is appreciative of the assistance and support of the community in this trying time.