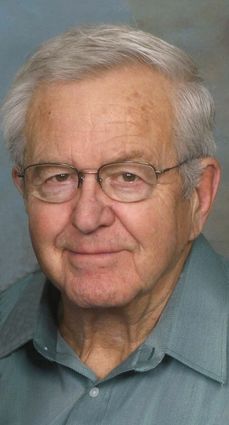 John Robert "Jack" McInnis was born Aug. 26, 1935 in Great Falls, Mont. to Archie Leo and Mayme (Dunn) McInnis. He was preceded in birth by one brother, Francis (aka Fr. Mac). Jack was raised on the family homestead north of Raynesford on the southern slopes of the Highwood Mountains-a rugged, remote and beautiful ranch albeit a rather inhospitable place to raise cattle. Jack attended the first four years of school in Raynesford then attended the remainder of grade school and high school at St. Mary's and Great Falls Central, living each school year in a different home with family or friends until graduating in 1953. Jack's childhood was not an easy one, but he had very loving parents who instilled in him a strong work ethic and sense of honesty. Jack returned to the ranch after high school and worked there and at a Stanford area iron mine for two years before matriculating at Carroll College in the Fall of 1955.

Jack's mother suffered from significant mental health issues and he frequently hitchhiked home on weekends from Carroll College to help his Dad on the ranch. On one such trip he was fortuitously picked up by a member of the Montana Draft Board and thankfully his grades and story prompted the man to have his name removed from the draft list.

As a senior at Carroll, Jack had the fortunate blessing of meeting and courting a freshman beauty and brain from Brady/Conrad, Mont., Sandra Ann Stenseth. Jack was a member of the Carroll College baseball team. He also apparently knew how to have quite a bit of fun! Jack graduated from Carroll in the spring of 1959 and moved to Los Angeles to pursue a Masters in Accounting at UCLA, achieving the degree in spring of 1960. During that time, he continued the long-distance courtship with his Sandra as she finished her education at Carroll.

Jack and Sandra were married in August of 1962 and after a honeymoon, they hitched a 40-ft. single wide trailer onto a half-ton pickup and drove it from Montana to Washington D.C. to use as their residence while Jack attended law school at Georgetown University. Their journey could have been the inspiration for the movie "The Long, Long Trailer"!

While attending Georgetown, Jack worked nights on the U.S. Capitol Police Force which allowed him plenty of study time while sitting in the squad car waiting for action (which fortunately never came). Fellow officers would warn Jack that Sarge was on rounds so he could stash his law books under the seat!

Jack and Sandra's first child was born in Washington D.C. in 1963. Jack earned his law degree in 1965, and then pursued his Master's in Tax Law while working at the Federal Trade Commission.By the spring of 1966 they had enough of "back East", the big city, and school and headed back to MT where Jack landed a job with the up and coming law firm of Garlington, Lohn and Robinson in Missoula. He practiced corporate tax law for 20+ years before retiring from the firm to pursue other talents including volunteer board work at Missoula Catholic Schools (LSH) and the Carroll College Board of Trustees, where he served for over 40 years and was named Trustee Emeritus. Jack's drive to support catholic education defined the remainder of his life. Jack's greatest accomplishment at Carroll was acting as chairman for a successful capital campaign to fund construction of the Fortin Science Center. He received the Carroll College Alumni Hall of Fame Award in 1998. Jack was also responsible for the creation of the endowment at Missoula Catholic Schools and his advocacy resulted in donations of much of the existing endowment funds. For this and involvement in many other projects, he and Sandra were recipients of the Missoula Catholic Schools Shining Star Award in 2009. Jack did not like to take "no" for an answer, particularly when it came to raising money for Catholic education, and many have benefited from his tenaciousness.

Jack was an Irishman and true to form he was a notorious prankster. He loved a practical joke, such as using fishing line to drag a dead snake across the parking lot at the law firm as the secretaries left for the night. It was quite fitting that Jack chose April Fool's Day for his last day on earth.

Jack's family eventually expanded to include four kids and 12 grandkids. He and Sandra tirelessly supported their offspring's school activities and sporting events, and shared in all of their kids' and grandkids' lives however they possibly could, and wherever they were needed. They also passed on a love of travel, whether that be family trips in an old camper trailer somewhere in the backwoods of Montana or across the U.S and beyond. Jack has been a devoted father and grandfather for sure. Jack loved the cabin away from home on the Upper Blackfoot near Lincoln; he was always a rancher at heart and was most in his element while on the seat of a tractor or tending the fire at camp while exploring "The Bob" on the back of a horse. He also loved fishing and floating the rivers of western Montana and roaming the Judith River breaks near Winifred looking for muley bucks with his kids and grandkids.

Jack's extroverted personality and associated mannerisms were always pervasive and so when he developed Fronto-Temporal Dementia it escaped detection for many years by even those who knew him best. Once medical diagnoses and treatment were accomplished, things stabilized but the last eight years of his life became increasingly difficult as the disease progressed.

Jack is survived by his loving wife of 56 years, Sandra; their children Tim (Char), Robin (Chris) Barnes, Doug (Philana), and Logan (Amanda) and their 12 grandchildren.

Jack's family invites all who knew him to a celebration of his life. They will receive visitors beginning at 7 p.m., with a rosary and vigil to take place at 7:30 p.m., Friday, April 12 at Garden City Funeral Home. There will be time to share stories with family and friends immediately following. A funeral mass will be held Saturday, April 13 at 10:30 a.m. at St. Francis Xavier Parish, followed by a reception in Reidy Hall. In lieu of flowers, donations can be made in Jack's name to Carroll College or Missoula Catholic Schools.