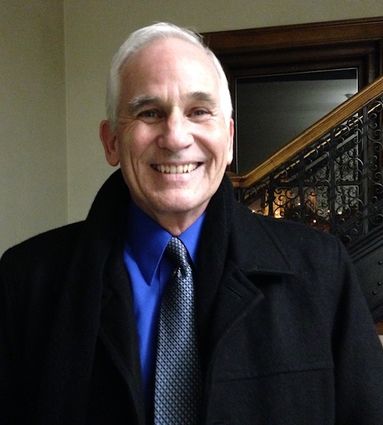 Terry Wade Frisch's motto was "Every day was an adventure and a gift." His earthly life ended on April 16, 2019.

Terry was born on Sept. 23, 1953 to Fred and Virginia Frisch. Fred began a new job in Helena, moving the family to Helena where he would live most of his life.

Terry grew up on Geddis Street and would be known as part the Ray Bjork School gang. Days were spent playing ball, riding bikes and exploring. He found humor in everything and that with his impulsivity got him into - and out of - trouble. He was the smallest boy in school and learned to use his wits and cunning. Things changed over the summer before his Junior year - he grew to almost six feet tall!

At Helena High School, he began his lifelong love of reading, research, analysis and writing. He began to dabble in writing poetry, which he continued throughout his life. He was on the yearbook and Pannings staff. This was the Vietnam era and he observed what war did to his world, forming the basis for the remainder of his life. He believed war was immoral; for this reason he was later asked to leave his beloved Baptist church.

Lincoln, Mont.was where Terry was "schooled." Lincoln in the 1970's was swarming with young adults. He lived in the Kemmer/Brewster for Lost Loggers. He cut logs by day and spent several nights in the local bars drinking liquid courage to face the hill the next day. A family was formed with his co-workers, called the Four F'us: Terry, Marvin, Rod and Ward. With this family, he had his first taste of unconditional positive regard.

Terry's life took a turn when he was summoned to serve on a grand jury. The case lasted for two and a half years until its conclusion; he was now ready for a new phase of his life.

An acquaintance, Cathy Beckett, tracked him to Lincoln, asked him to marry her and move to Helena. Terry said yes and the new adventure began. Their marriage lasted for several decades and Terry's only child, Cody, was born to them.

Terry loved being a father. He was enthralled by his son. He vowed to do his best to shield his son from the chaos of experiencing what living in an alcoholic home can do to a childhood like he experienced. When Cody joined the Great Divide Ski Team, Terry drove him to every practice, races all over the state, and his camps. At 40 years old, Terry learned to ski and loved it. He later taught skiing and had the sincere pleasure to meet some of his World Cup heroines: Lindsey Vonn and Mikaela Shiffrin at Lake Louise. World Cup skiing captured his complete attention and admiration in the winter.

Terry worked at the Department of Health and Human Services on the Capitol grounds. He was the Manager for the state's Medicaid estate recovery program and supervised more than 30 people. He worked closely with governors, senators and the state legislature. Terry loved politics. At this time and until his death, he felt compelled to point out and cure injustices. He didn't care that his views maybe unpopular. He marched, picketed, wrote letters and made phone calls. He pitched in to help where he was needed. He was relentless. He was a precinct chairman and helped get people elected and unelected. He was President of the Helena Parents Commission. He worked to improve his community. He was elected to the Helena Citizen's Council working on issues related to noise pollution, garbage, abandoned cars and snow removal.

Just before retirement from the Department of Veteran Affairs, he renewed his relationship with his high school girlfriend, Carol Eckberg Swanson. The second time he asked for her hand in marriage, she agreed. Their fairy-tale-love affair began. Terry began building their sanctuary on Rodney Street. Terry and Cody designed and constructed a motor home garage and shop. Gardening was drawing him in and he tended his 40 hosta plants. Hand watering the boulevard gave him time to commune with his surroundings and construct frameworks for poems. Terry became acquainted with the pleasure of coffee and reading for hours on his front porch. He began cooking and enjoyed leisurely gourmet meals served on his patio. He still engaged in his favorite activity: reconnoitering. And like many retirees before him-he began to travel. Terry purchased Carol a Mercedes motorhome and they traveled all over the Northwest and Canada.

Terry's last years were coping with myelofibrosis, the myeloproliferative neoplasm type. In 2018, he had a bone-marrow-stem-cell transplant courtesy of a paid donor match. He endured many difficult and different medical procedures including over 182 blood transfusions. He estimated he had close to 1,000 care givers. He spent 7/12 months in Seattle and many months in other hospitals, encountering numerous angels along the way. He was evaluated by the renowned Dr. H. Joachim Deeg and treated by Dr. Rainer Storb, and also by the Lime Team from Seattle Cancer Care Alliance and the University of Washington.

Terry is survived by beloved wife, Carol; son, Cody; and lovers and dreamers everywhere. He is in the sky singing, "When I think about us I see the picture that we made. A picture to remind us--True Love Will Never Fade."

Cremation has taken place and private celebration to remember Terry will occur in the future as he requested. If you would like to make a donation in honor of Terry, please reach Carol through her email address - [email protected] - for a suggestion. Please visit http://www.aswfuneralhome.com to offer the family a condolence or to share a memory of Terry.