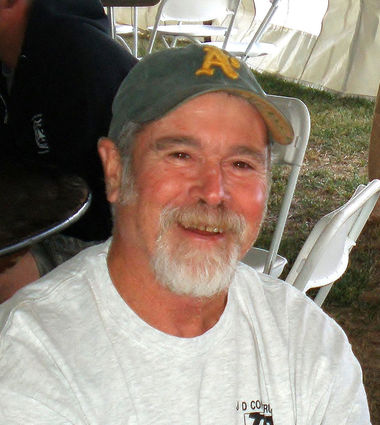 Jack Sowder, 67, of Lincoln, Montana, passed away unexpectedly in the early morning hours of May 4, 2019, due to complications from surgery.

Jack David Sowder was born December 12, 1951, in Long Beach, Calif. Playing baseball and spending summers with his brother Ron in Leona Valley were some of Jack's fondest childhood memories.

In California, Jack started his career as an arborist and transitioned to construction. He spent his free time coaching little league, taking his family camping, and spending time with friends and family. In 1989, the family relocated from California to Montana to pursue a higher quality of life away from "city life".

In Lincoln, Jack continued his construction business. He was truly a "Jack of all trades" and helped build and remodel many houses between Helena, Lincoln and Helmville for family and friends. He loved to cook, entertain, and tell stories and he spent much of his time gardening, traveling with family, and fishing. He had a real love of Montana, his family, and animals of all shapes and sizes.

A celebration of Jack's life will be held Saturday, May 18, 2019 at noon at the Lincoln Community Hall in Lincoln.