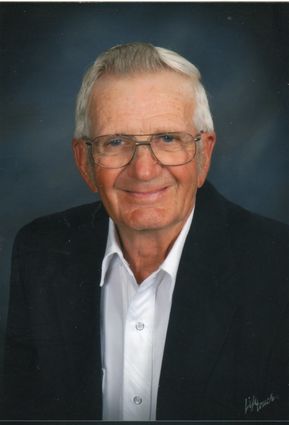 Leon Morris Copenhaver, 89, of Missoula, passed away peacefully at home surrounded by his loving family on Nov. 6, 2019. Leon was born April 9, 1930 in Missoula and was the seventh child born to Moody and Elizabeth Copenhaver.

Leon's early years were spent at the family ranch near Ovando, Mont., where the family's main occupation was outfitting in the Bob Marshall Wilderness. He and his sister were homeschooled by the neighbor until 7th grade, when he then went to school in Great Falls, and later graduated from Missoula County High School in 1949.

Leon served during the Korean War from 1951 to 1953. Upon return from Korea, Leon, his brother Wendell, and nephews Leroy, Larry, Rodney and Wally formed a western band that played up and down the Blackfoot Valley. In 1958, he married the love of his life, Mary Jo Matti from Helmville. Leon and Mary Jo welcomed a daughter Leona (1959) and son Clay (1961).

In 1962, Leon opened a Texaco station on West Broadway in Missoula selling tires and gasoline. He later partnered with Red Brambo of Missoula in the 1970's and formed L&R Tire, where he was co-owner for over 20 years. After the tire business closed, he continued selling wheel covers in the Missoula area for many years. In 1982, Leon and his son Clay bought property in the Big Flat area of Missoula and started Copenhaver Plantations, a choose and cut Christmas tree farm that is still in business today.

Even though Leon never really retired, he found time for many adventures and hobbies. In his younger years he enjoyed trail biking, snowmobiling and playing music. He loved hunting – even at the age of 87, whitetail bucks were still no challenge for him. He was an avid fisherman who loved to fish for whatever swam. Later in life he loved woodworking and throwing a log on his sawmill and milling his own boards. There was never a project that he couldn't tackle and he was a great inventor of contraptions. Leon was also passionate about church and always looked forward to church camp every year.

A memorial service will take place on Saturday, Nov. 23, 2019 at 1 p.m. at the Christian Life Center, 3801 Russell Street, Missoula. A reception will follow to celebrate his life. Please come and share stories and memories of our beloved husband, father, grandfather. Leon will be buried in the valley he so dearly loved on Sunday, Nov. 24 at the Ovando Cemetery at 1 p.m.