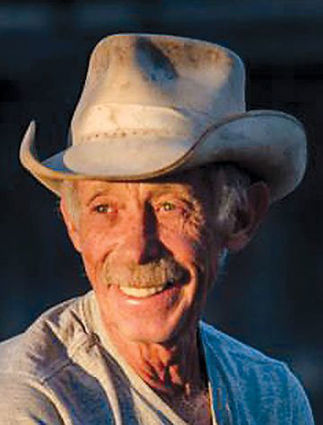 Grand presumption (not permission) supports the family of Richard Geary in composing for public consumption the following notes on his life.

Born April 2, 1947 to William Geary and Lois Evans Geary, R.N., Dick grew up on the family ranch in Helmville. There, through seventh grade, he attended a one-room, coal-heated school with his siblings and cousins. Living the academic year in Deer Lodge, he graduated high school in 1965. Much later in life he would graduate from the University of Montana with a degree in speech, language and audiology.

Dick's informal education, however, informed the man far more than his academic. He served in the Montana National Guard and wrote of that time and ranching in his newspaper columns. Five years as an agricultural outreach and loan agent with the Peace Corps in rural Brazil affected him most significantly. Fluent in Portuguese, he fell in love with the country, its people, the very flora and fauna.

He would tell of a trip to Argentina and the moment when his heart seemed to drop, and time stop; he knew in that instant the precocious parrot with whom he shared his days had died back home in Barra de Burges. He returned to live in Brazil in 2017, informing his column readers he would miss only seven people here. (He would later reduce the number to five.) None of his eight siblings foster any illusion they were among that number.

A health crisis in Brazil would cheat him of his life-end plan to simply walk into the Amazon. In a 48-hour round trip, his sister Joyce brought him "home" (willingly). ( Heartfelt appreciation to his readers, friends and family who helped fund the trips)

He began life anew in his sister Elaine's home near the Missouri River where he continued to produce 800-column words a week. Dick' column was printed by the Missoulian, Silver State Post, Philipsburg Mail and Blackfoot Valley Dispatch. Provocative, nostalgic: readers never knew what to expect and Dick liked it that way. He suffered neither fools nor their false gods silently. Writer, ranch life, acerbic iconoclast, he enjoyed opera for its angst, mocking country for the rhyming lines.

As ranch manager, he once stopped work to lay a cottonwood branch over a Grant Creek rivulet, allowing a troop of traumatized ants to continue their march home. He raised finches, cared for feral cats and ensured neighborhood skunks were cared for, even inviting them in to share his dog's food, which backfired on occasion.

A photographer with a keen eye, Dick said he would sooner throw his camera in a ditch than take a photo of person or a mountain. For weeks he monitored the light through a barn door, capturing the iron-age shadow cast by an antique anvil.

His dogs and his horse were christened with the names of men he admired. Chris (McLaughlin), Paul (Jacobson) were without question this man's best friends. They and his horse Kenny (Esterby) precede him in death.

Richard is survived by his siblings: Joyce, Bob, Elaine, Joan, Daniel, Jacob, Joe, Katie and many cousins here and in Ireland. Jeanette Barnes, Michelle Holt, Tom Gilbert, Dan Coughlin, Annette Mannix and Aiden Beatty warrant special notice. Additionally, heartfelt thank-you's to his many column readers, many of whom reached out through e-mail and phone to encourage and challenge him in his writing, and offer condolences at his passing. Family and Friends hope to publish his writings and photography , including the book he had dreamed of publishing.

If you would wish to honor Richard, we recommend:

Free a dog from a life on leash.

Honor your horse as the real ranch hand.

Build an insect bridge on the boss's time.

Live (as Albert Camus enjoined) "to the point of tears" .

If it is indeed unto dust we return, may Richard's drift into a pole corral where a good horse, day's work done, rolls four times, increasing its worth by one hundred dollars with each robust turn.

A private gathering in Helmville in April will be followed by a celebration of Dick's oft-eccentric life.