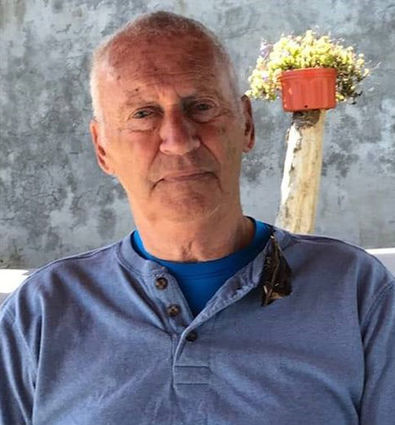 Eugene James Winters died Aug. 29, 2020 at the age of 78. Pay no attention to that number. Age was only a number to Gene, and birthdays were not a milestone he enjoyed celebrating. More important was the life he lived during those 78 years. He had a passion for the history of World War II, the Montana outdoors, baseball and cruising in the Caribbean seas. Gene proudly served in the Army as a medic and was stationed in Germany. He later served in the National Guard out of Fort Harrison.

Though he was born in Pennsylvania, Montana was Gene's home for many years, minus the time he and Sandy explored Panama and then New Mexico.

In 1960, Gene married Laurel Ann Detweiler and together they had three children: Cathy, James and Scott. A hunting trip to Montana was all it took for Gene to pack up the family and move. They raised their family in Clancy before settling in Lincoln. During that time, Gene owned a drywall business before working at Fort Harrison as the painter until his retirement.

After 45 years of marriage, Gene became a widower with Laurel's passing in 2005.

Many dinners of cold cereal and oatmeal later, Gene met Sandy. Married in 2007, they checked off a bucket list item of going on a cruise. And then another. And many more after that. That adventure bug carried them to Panama, where they would live for three years before returning to the States. To support their cruising lifestyle, Gene and Sandy worked part time handing out samples at Costco.

Gene is survived by his wife Sandy, sister Joanne, his children Cathy (Doug), Jim (Tracie) and Scott (Shari) and stepdaughters Jennifer (Mike) and Sarah and 11 grandchildren and two great grandchildren. He is preceded in death by wife Laurel, mother Helen and father James.