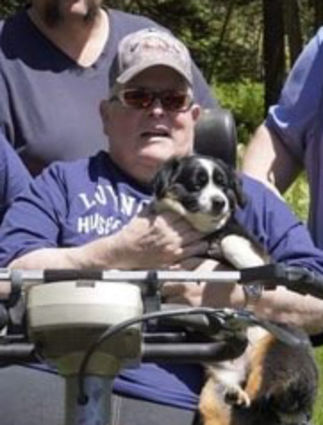 There will be a Celebration of Life next summer. He requested there be no funeral. Burial will be at a later date.

Chuck was born in Great Falls to Charles Edward and Bonnie Ruthell Sutej on June 21, 1947. Chuck attended and graduated from Great Falls High School in 1965, the last graduating class before CMR was opened. He enlisted in the Montana Air National Guard in 1966 -1981 as a Jet Engine Mechanic. Chuck also worked at Buttrey Foods from 1964 to 1981 and then went to work for Opportunities Incorporated till 2010. He then retired and moved to Lincoln to his Cabin in the mountains.

Chuck enjoyed many facets of his children's lives such as Scouts, ball, hunting, fishing and the great outdoors. His winter sport was plowing snow with his Grand puppy riding shot gun.