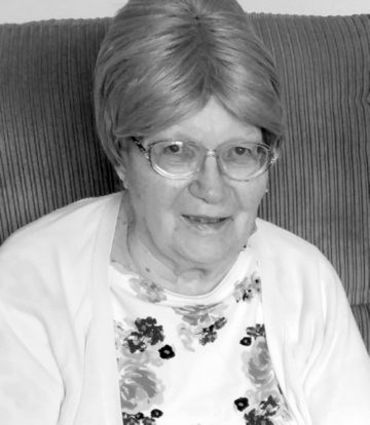 In Marion's early years, she and her family lived in Big Sandy before relocating to Helena when she was in the fifth grade. Marion graduated from Helena High School and then pursued a teaching certificate from Northern Montana College in Havre, before finishing her bachelor's degree at Carroll College in Helena.

She then taught multiple grade levels in Helena and Canyon Creek before taking a teaching position in Lincoln. She married Charles Grantier Jr. and they welcomed two children, Bill and Lynn. Later they divorced and she married Allan Routzahn.

Marion loved being a teacher and especially enjoyed teaching children to read. Even after her retirement she continued to go into school to read with the kids. She touched many lives and was loved by the children and staff alike.

On game nights for the Lincoln Lynx sports teams Marion and Allan could be found in the stands supporting and cheering for their home team. They were even known as the Lynxs' "biggest fans".

Marion's faith was very important to her. She and Allan were founding members of the Blackfoot Valley Bible Church in Lincoln, which they loyally attended for many years.

The family would like to extend a very special thank you to the Son Heaven Assisted Living staff for the wonderful care they provided to Marion in her time with them.

A celebration of life will be held at a later date. In lieu of flowers, donations can be made to the Lincoln Public School sports program.