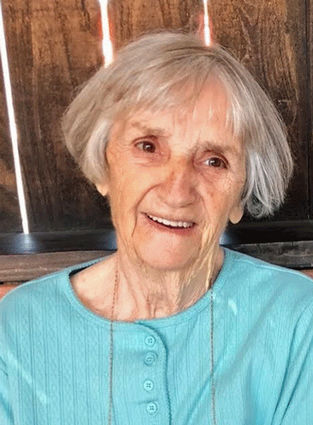 Marlene was hardworking, responsible, and courageously independent raising four children on her own and battling cancer later in her life. She was dedicated to and felt blessed by her extensive Ereth family. She treasured memories of many family gatherings and visits.

After marrying Jim Bergum in 1973, they worked side-by-side throughout Montana over the next 20-plus years with their family business, Bergum Construction. She was compassionate about working for Rocky Mountain Developmental Council at the Lincoln Senior Center, delivering Meals on Wheels. She served on the American Legion Auxiliary and was an active member of the Lincoln Ponderosa Snow Warriors. Marlene also helped monitor and gather statistics for the Bluebird Society each spring.

She was forever known as "Queenie", dubbed by Independent Record Historian and co-worker, Bill Campbell. She loved socializing, sharing her wit and could banter with the best of them from Lincoln to Wolf Creek to Helena. She was non-judgemental and easy going.

Marlene enjoyed playing bingo, keno, working crossword puzzles, and baking bread. Many good times were had dancing at Lambkins Bar with Jim and partying with the State Nursery crew. She served her community by providing hot coffee and chili to snowmobilers at the clubhouse, as well as volunteering to serve stew to the hunters on opening weekend at the Lincoln Community Center, just to name a few.

When winters in Lincoln became too harsh for Jim and Marlene, they moved to Helena. After Jim passed in 2012, she resided at Eagles Manor, where she was loved and enjoyed by the staff and other residents. She loved outings with her great-grandchildren, whether it was to the park to watch them play or sharing biscuits and gravy at a local restaurant.

She was preceded in death by her parents, August and Rose (Leingang) Ereth, husband Jim, brothers Ray, Don and Jerry Ereth, and daughter Debra Kay Gunderson.

A special thanks to those who made a point of acknowledging and sharing time with Marlene. She truly cherished visiting and catching up, while reminiscing about the good times. Marlene's family would like to extend a heartfelt thank you to the Montana Talking Book Library staff. Later in life as Marlene became legally blind the Talking Book program contributed greatly to her quality of life.

Services will be held June 18 at Anderson Stevenson Wilke Funeral Home 3750 N. Montana Ave. in Helena. Interment, where she will join Jim, will be at Fort Harrison following the reception. Please visit http://www.aswfuneralhome.com to offer a condolence or share a memory of Marlene.