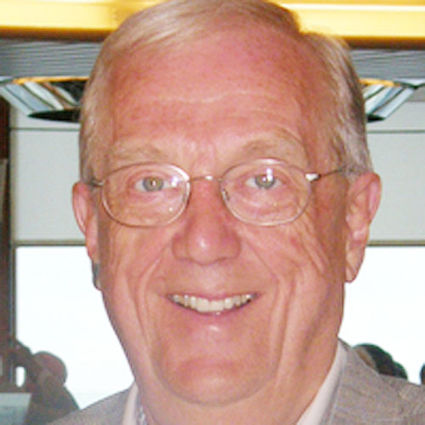 Jack was born in Butte, Mont. on September 12,1945 to John and Dorothy (Cloke) Preston.  His parents divorced shortly thereafter and Jack was raised as an only child. He grew up in Butte and graduated from Butte High School in 1963. He spent considerable time on the family's ranch in Dewey, Mont.

Jack graduated from the University of Montana in Missoula, Mont. The ministry was not Jack's first profession. He had several jobs such as selling dental equipment from Los Angles to Portland. His most notable job was as a Vice President with ColorTile.

In 1992, Jack moved back to Montana to take care of his mother who was sick with cancer. At that time, Jack felt called to the Ministry and began as a local pastor in the United Methodist Church in Lincoln, Mont. He attended the UMC Claremont Seminary in Southern California while serving in Lincoln.

Jack was ordained as a United Methodist Church Minister in 1994 and began the next chapter in his life. He served as the pastor for the Lincoln UMC Church until the end of 2002. He was very active in the Lincoln and Montana community. He actively served on the Community Health Board and the Lincoln Art League. In 2002, Jack was the driving force in building a new sanctuary and remodeling the other parts of the facility for the Lincoln UMC Church using all volunteer labor from the community. When completed in October, 2002, the Church was debt-free!

In January, 2003, Jack moved to Basin, Wyo. and began his ministry at the Basin UMC Church and the Hyattville UMC Church. He would serve there faithfully until his retirement in May, 2014. Again, Jack was very active in the community. He served on the board of the Midway Medical Clinic for several years. Jack was a very hands-on Minister, doing anything he could to make the Church a success. He was active with the youth of the Church, and is well remembered for mentoring the youth both spiritually and to cope in today's world.

Jack actively served on the National Aids Foundation under both President Bushes. He was active in the Eastern Star in Basin and in the Community Choir. Jack was born and died a Methodist, so was always willing to serve in any capacity in the Yellowstone Conference of the UMC.

Jack moved to Cody for retirement in May, 2014. He lived alone there with his cat until April, 2019 when he moved into the Willow Creek Home. He moved into the LTCC in October, 2020. Jack will be greatly missed!  His memory will be carried on by his friends.

Memorial services will be at Ballard Funeral Home on Tuesday, March 2, 2021 at 2 p.m. Jack will be laid to rest at the Dewey, Mont. cemetery next to his family at a later date. Condolences for Jack can be left on his memorial page at www.BallardFH.com