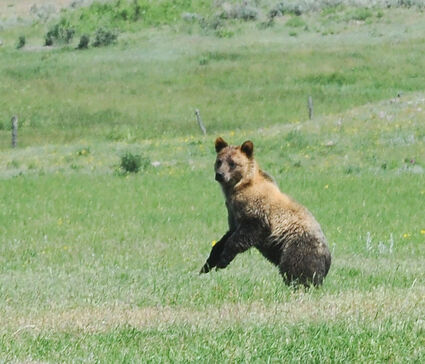 A young grizzly passes through the Lincoln area in 2012

A young grizzly bear spotted in Lincoln Sunday afternoon caused some alarm on social media, but it apparently headed back to the Blackfoot River without incident.

A Facebook post by Brandi Langlois indicated the bear had crossed her yard on Meadow Street on the west side of Lincoln and was headed toward town. Lincoln Fire Chief Zach Muse attempted to locate the bear, but it had apparently gotte...