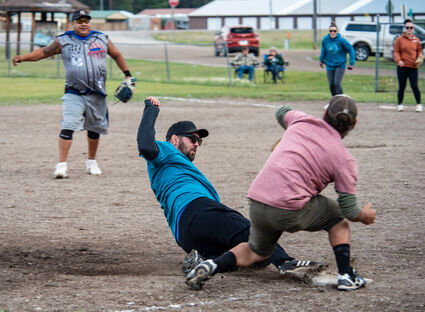 Brandon Sitch with the Bootlegger team slides into third base Sunday morning, beating the attempt to tag him out.

In past years, as the third weekend in August approached, Doug and Laurie Richards at the Wheel Inn would call businesses around town and the surrounding area to find out if they planned to sponsor a team in the annual Bob Purdy Co-ed Softball Tournament.