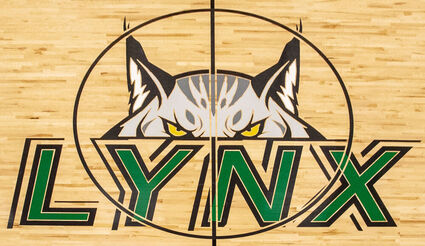 Winter's here and varsity basketball is in full swing, giving everyone who's looking to avoid Christmas shopping a place to hide out.

Taking five eligible men to the Ronan Invitational on Dec. 4, Coach Brown didn't have much wiggle room if any player fouled out, but small schools do the best they can with what they have. That's life.

The Friday game was a hard loss, but after making some overnight adjustments, the Lynx hit the hardwood Saturday against Two Eagle River School, a native "run and gun," fast break team loaded with three-point shooters from the 14C bracket.

The gymnasium erupted into a "wall of noise" as all our other 15C teams were shouting encouragement to the three exhausted Lincoln men.

With nine seconds left, Andrew Brown was fouled while shooting and had two trys coming to him from the foul line. Then the unthinkable happened. One of the Two Eagle players came crashing down from fouling Brown and the fans were shocked to see that our opponent had broken his leg.

The ambulance was called, but it was a long twenty minutes before play resumed and Brown got to take his charity shots. With nine seconds left, Coach Brown told his team that after Andrew made his second basket, they should cover the Two Eagle key to defend a three-point shot that would tie the game. Sure enough, their star player, who had made 34 points in the game, put up the expected three pointer. Everyone held their breath. Bing! The ball hit the rim and bounced off. Lincoln wins, 67 - 64.

Brown was the top point man with 31, Teegan Tybo had 21, Justin Fry poured in eight while managing defensive duties, Logan Joyce had five and Freshman Noah Barnett had two.

Two additional players will be eligible for the next game, giving the starters a little chance for some bench R & R.