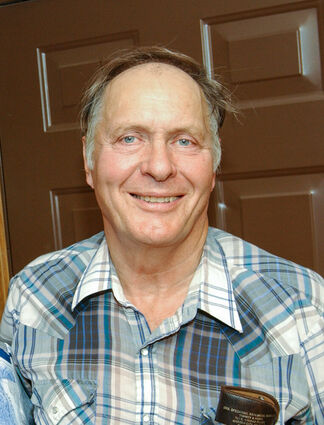 Mike attended schools in Brainerd, Minn. and Bozeman, Mont. In the early 1950s, Mike moved with his family to Bozeman, Mont. In 1959, he enlisted in the U.S. Navy with his younger brother Dave. Mike served four years stationed in San Diego and as a crewmember of the USS Ute, a Navajo-class fleet tug. During his time in the Navy, he visited many ports including Japan, the Philippines, Hawaii and Alaska. He participated in the 1962 nuclear test in the Pacific and received an honorable discharge from the Navy in 1963.

After the Navy, Mike relocated to the Kalispell, Mont. area where he met his future wife Doris Leanne Jones. Doris and Mike married Oct. 8, 1965 and recently celebrated their 56th wedding anniversary. During their marriage, they lived in Kalispell, Lewiston, Idaho, Lincoln, Lolo, and Libby and for the last 20 years in Missoula. Mike and Doris raised three children – Ken, Roger and Kathy.

Mike – trained as a welder in the Navy – worked at Mountain Manufacturing in Kalispell, Mont. from 1965 to 1969. He then worked for the Glacier Park Co. tie yard in Somers, Mont. In 1972, Mike started his career as timber faller. The change allowed him a greater level of independence and his office was his beloved woods.

Mike truly found his calling as a sawyer. He was incredibly skilled, and able to cut trees at a rate that often made it hard for skidder operators to catch up. Staying well ahead of the skidders allowed him extra time to be in the woods, hunting, fishing and trapping. Mike worked timber sales throughout Montana, North Idaho and Alaska for nearly 20 years until an injury ended his career.

During the employment breaks that came with logging, Mike would supplement his income through other endeavors including a stint as a very successful Avon "lady" in Lewiston, Idaho and Lolo, Mont.

To say Mike was a hard worker would be an understatement, but he always made time for his family. He introduced his children to the woods through many hunting, fishing, camping and outdoor adventures including countless hours exploring Montana's backroads. Mike shared both his love of the outdoors and his love of country as a Boy Scout leader in Kalispell. He led his scouts on many outdoor adventures, including a memorable 50-mile hike through the Bob Marshall Wilderness.

Always by his side was his wife Doris, or "Dorrie" as he called her. Together they faced many challenges, but never gave up on each other and loved each other deeply. Together they always made sure their children had everything they needed. There wasn't a Christmas without presents or a missed meal. Making things work often involved some creative money management or robbing "Peter to pay Paul," but in the end, it usually worked out.

His family often noted that Mike was probably born a century too late. He would have been more at home as a mountain man or trapper in the Old West. Mike had been hunting, fishing and trapping almost from the moment he was born. He spent his childhood honing his trapping and hunting skills in Minnesota and then in Montana.

After his logging career was cut short by the injury, he continued his love of trapping, something he first started at 5-years old with his mother in Minnesota. As a member of the Montana Trappers Association, he was recognized as one of the most proficient trappers in Montana, understanding as few people do the role trapping plays in maintaining a healthy environment and healthy animal populations. He mentored many young trappers during his life.

In addition to trapping and enjoying the outdoors, Mike was a top recruiter for the NRA. He was rarely without his NRA hat and a pad of membership applications as he recruited others to join the organization.

Mike's hunting and trapping expertise kept the family freezer filled with meat and supplemented family finances through his fur sales. Sometimes those wild animals would also make it home. During his lifetime, he briefly had a pet mountain lion named Thor and a pet coyote named Critter. Mike also owned many hunting dogs throughout his life, but only one of those dogs – Whisky – truly took the place as Dad's dog. Whisky was his trusty companion on many adventures, usually right beside him on the seat of his pickup.

Beyond his love of the outdoors and his devotion to his family, Mike was not shy about sharing his opinion on myriad issues. He was deeply patriotic and a man of faith. He did not suffer fools nor those he said were not smart enough to "pour piss out of a boot." He was a prolific letter writer to the Missoulian and a fixture on Missoula's talk radio station KGVO. He was not afraid to offend anyone to further his opinion, nor to share expertise gained from his many life experiences. His letters and calls to talk radio sparked spirited debate from time to time, and though he may have created some enemies, he created just as many, if not more, admirers.

Mike was often frustrated that people did not talk to each other as they used to, so he sought to remedy that on a nearly daily basis. He was quick to share a joke or strike up a conversation with anyone he would encounter. Even in his final days as he struggled to recover from a stroke, he was trying to share jokes with his caregivers.

Mike was preceded in death by his parents Ernst and Emily; brothers Bill and Dave; sister Lois Ueland Smith.

The family would like to thank the nurses, doctors and caregivers at St. Patrick's Hospital for the compassionate care they provided to Mike in his final days.

Arrangements are under the guidance of Just Cremation in Missoula. The family will hold a private memorial service for Mike. A celebration of Mike's life is planned for a future date.