County asks for patience on potholes 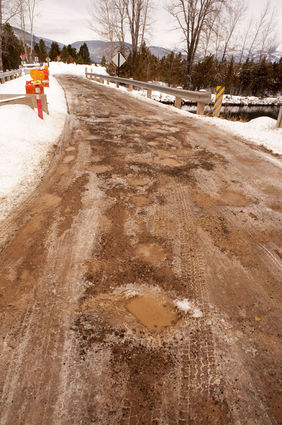 Potholes near the Dalton Mountain Road bridge serve as an example of the road conditions around Lincoln following a hard winter. The stretch of Dalton accessing the homes south of the bridge has an especially high concentration of potholes.

Bad potholes after long winters aren't new, but as the snow finally begins to recede and the roads thaw, they are becoming an increasingly jarring problem on the roads around Lincoln.

Eric Griffin, Director of Public Works for Lewis and Clark County, said at Friday's Government Day meeting that they're aware of the problem, but asked people to be patient with them, in light of the recent winte...