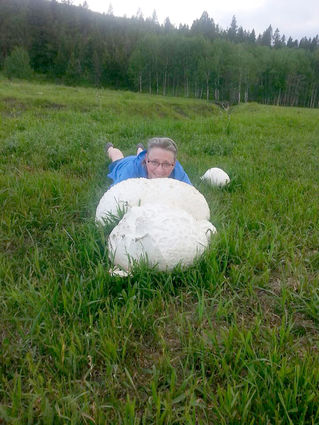 Lincoln's Erin Dey is nearly hidden by a giant puffball mushroom she found on private land south of Lincoln.

The mushroom, which measured 25 and a half inches across and more than six feet around, weighed in at 51 pounds.

Dey said when she first spotted the mushroom from a distance its sheer size made her think it was a goat lying in the grass. 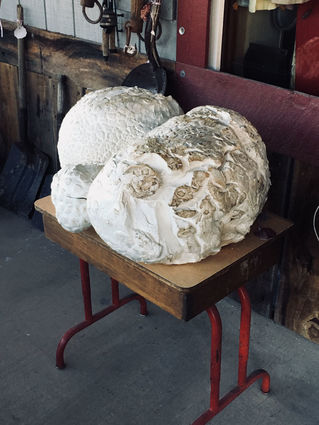 Giant Puffballs (Calvatia gigantea) typically grow to be from 4 to 20 inches in diameter and while it's certainly huge, it may not be the largest. Most sources list the worlds largest puffball as one discovered in Huddersfield, England in 2010 that weighed 35 pounds, but in 2016 a man in Thunderbay Ontario named Adrian Karasiewicz reportedly discovered one along the Kaministiquia River that weighed 52.2 pounds and measured 81 inches around.

Giant puffballs are edible while immature, before spores form and are sometimes used in recipes calling for tofu. Many people simply opt to slice, bread and pan fry them, while a few prefer to eat them raw

They also reportedly have medicinal uses, including as wound dressings to stop bleeding.