Lincoln Airport a safe haven in a storm 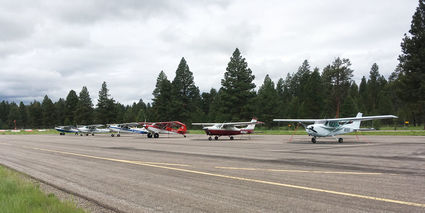 The storm that first moved into Montana on Saturday, June 16 forced six aircraft to land at Lincoln Airport on Sunday and one on Monday due to the local passes over the Continental Divide being clouded in.