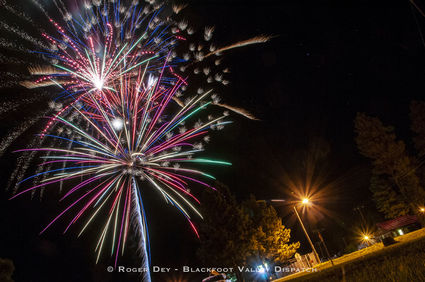 Lincoln's annual Fourth of July fireworks show got off the ground a little later than usual this year, after a new wireless digital firing system had difficulty syncing with the modules that set off the fireworks.

The Lincoln Valley Chamber of Commerce invested in the new COBRA system in April to replace the worn and outdated firing system that was hardwired to the fireworks.