Recollections from 30 years with the Lincoln Ambulance 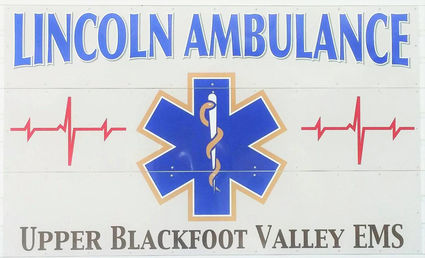 In January of 1985, I read in the BVD that Lincoln Ambulance was going to be teaching an Advanced First Aid course with CPR Training, and that the training was thru The American Red Cross. Since I was doing daycare, it would be good to take the class. So, Dan and I signed up. The class started in January.

At that time this class was the only requirement to run on the Ambulance. The Instructors were Charles "Gunner" Guenther, Byron Bonney, and Jack Stefans. I am sure there were others, but those are who I remember.

So how did we end up joining the Ambulance? Well, we were friends with the local Doctor and Dan would go and visit. One day, a patient was brought in from the Bouma Post Yard with a hand injury. The Ambulance was called, and whoever was on asked Dan if he wanted to go. He said yes. When he got home, he somehow convinced me to join too.

The rest is history.

In those days there was no 911, radios or pagers. People would call the Ambulance phone number, and it rang in all members' home. That ring could make you sit straight up in bed. It did not stop ringing until you picked it up. Then we would decide who was able to go.

My first run was with Jack Stearns and Byron Bonney on a 40 below night; car versus telephone pole at 2 a.m. The patient was very intoxicated and said he didn't need an ambulance. If you knew Jack it was a very colorful run. For those who do not know Jack, he is Laurie Grantier, Kathy Cockerham and Tom Stearns' Dad. He was recovering alcoholic and had zero tolerance for drunks. He had no problem letting them know it and swore like a Longshoreman.

Another of my first runs was with one our first EMT's, Mary Darvial, on Airport Road. She asked me to go out for a piece of equipment, I had no idea what it was. After that I decided I needed to know more so I asked about becoming an EMT. She said she was putting on a class in January, it would be two to three evenings a week at the Forest Service. In that class were Gunner, Mark Price and me. There were others, but they dropped out.

Mark went on to become a registered nurse, flew with Mercy Flight. He now lives in Alaska and is still nursing. Gunner also moved on. But I am still here.

We had classes in the basement at the Forest Service. We tested in Missoula the week before Dan and I got married.

Some of the members of the Ambulance when I started were Pat and Ellen Mulcare, Jack Mulcare, Byron Bonney, Jack Stearns, Charles Guenther, Mary Darvial and

Rod Bullis. What an adventure it has been.

I will write more soon.