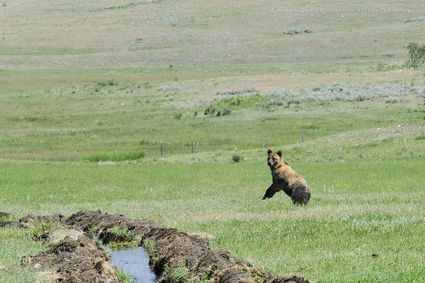 A young Grizzly hangs out in a pasture on Baldy Mountain Ranch in 2012. The grizzly was relocated to an area north of Kalispell but was later destroyed after making its way back into a populated area and raiding birdfeeders.

The Fish and Wildlife Commission has approved language for a proposed administrative rule that would codify population objectives for grizzly bears in the Northern Continental Divide Ecosystem.

The decision on August 9, 2018 sets into motion a public comment period that will run from Aug. 24 through Oct. 26. Public hearings will be held in Kalispell, Missoula, Great Falls, and Conrad. Montana F...