Socked in by Smoke 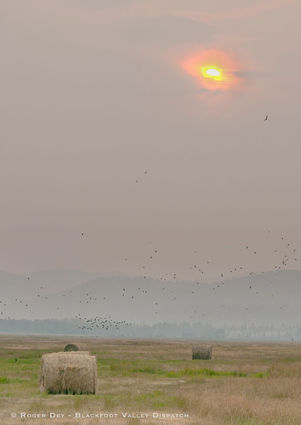 The sun, colored bright orange by the smoke in the atmosphere, breaks through the clouds as the hills east of Lincoln appear as vague shapes in the distance Monday morning.

With only a few small fires burning anywhere near Lincoln, the thick pall of smoke that descended on the area seemed to arrive out of nowhere, but was actually the result of wildfires burning in British Columbia, Washington, Idaho, and Northwest Montana.

The miasma of smoke settled across most of the state during the weekend and prompted the Montana Department of Environmental Quality to i...