A visit with Rep. Greg Gianforte 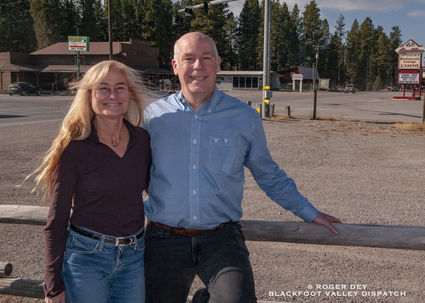 Rep. Greg Gianforte and his wife Susan stop in Lincoln on the way to Missoula from Choteau. Wednesday, Oct. 24

Republican Congressman Greg Gianforte has served as Montana's sole representative in Washington DC for a year and half, after defeating singer Rob Quist in a May 2017 special election for the seat left vacant by Ryan Zinke, President Donald Trump's pick as Secretary of the Interior. Gianforte is currently running for re-election this year against Democrat Kathleen Williams of Bozeman.