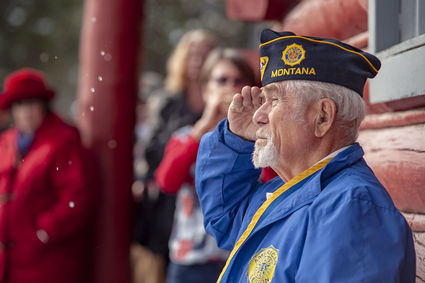 Lincoln's America Legion Post 9 hosted thenir annual Veterans Day observance at the Lincoln Community Hall Sunday, marking the 100th anniversary of the armistice that ended the first world war at the 11th hour of the 11th day of the 11th month of 1918.

As part of the World War I remembrance, the presentation began in a slightly different way as Post 9 joined in the "tolling of the bells" at 11...