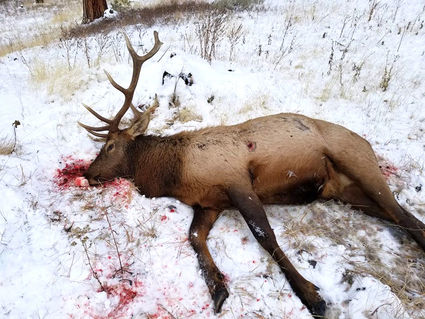 Montana Fish, Wildlife and Parks Game Warden Ezra Schwalm is hoping someone may have information on a bull elk that was shot and left to waste along Beaver Creek Road last week.

Birkholz said the elk was only about 30 yards off the road and fully visible from the road.

"At first I thought somebody had shot it and went to get some help, but I walked up there and it looked like it had probably been there maybe a day," he said.

Birkholz called in the discovery and Schwalm, who happened to be in the area, responded.

Schwalm agreed that the elk had probably been there since the day before based on how stiff and frozen it was.

"It could have been shot that morning, but I don't necessarily think that to be the case," he said

Birkholz said there were no human tracks in the snow near the animal when he found it.

"I did find a little bit of a blood trail, but it didn't go very far at all," Schwalm said.

Schwalm said elk can occasionally be shot and not bleed externally for some time, and while he couldn't rule out that possibility entirely, he said the shot placement made him believe it was unlikely.

"It didn't appear to (have been) shot and have gone a long way and just happen to drop dead by the road," he said. "I don't necessarily see how somebody couldn't have known they killed that elk."

The shot that killed the elk appeared to have hit both lungs, Birkholz said, noting there was a considerable amount of bloody foam around the animals nose and mouth.

Images of the dead elk posted on Facebook have garnered dozens of comments about the elk. Most decry the waste of a perfectly legal game animal, while others speculate on why it was left where it was.

"It's one of two things," Schwalm said. "Somebody shot it illegally, or somebody shot it and couldn't find it or had no idea they hit it, which I find hard to believe because it was visible from the road. 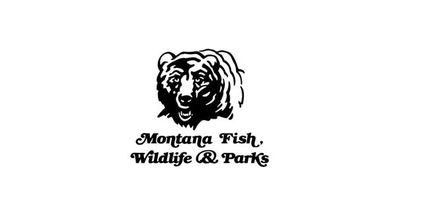 Birkholz said he'd like to think it was a case of a hunter not being able to find the animal he shot, but in his opinion it looked like it was simply shot from the road and left there.

Among the Facebook comments Birkholz finds disconcerting are those asking why no one bothered to claim the meat. Although the image makes it look like a freshly killed animal, Birkholz said birds had already started to scavenge the carcass by the time he found it, and Schwalm confirmed that the meat was no longer good.

Schwalm took the antlers off the carcass. He said if it was illegally killed, he didn't want the people who killed it to come back and take them.