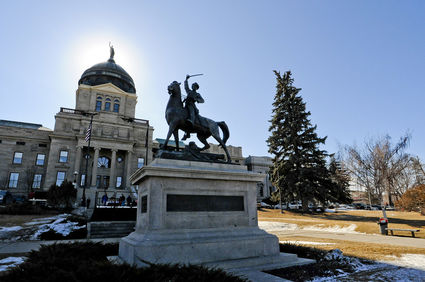 Some of the most controversial changes come from the subcommittee that deals with the budget for the Department of Public Health and Human Services, which has proposed cutting more than 100 full-time equivalent positions from the agency.

Director of DPHHS Sheila Hogan said the cuts will especially hurt rural areas where it's difficult to find qualified people to do skill-intensive jobs.

"Sure the positions can be cut, but the work remains, and that is where the ripple effect occurs. It impacts those receiving services and how we deliver those services," Hogan said.

Vice-chair of the committee, Rep. Llew Jones, R-Conrad, said since the jobs have been empty for over a year, there will not be a reduction in services offered by the otherwise large department.

"The number 100 is thrown out as a large number, but it has 3,300, I believe, or 3,500 employees," Jones said. "I don't think there's anyone on the legislative side that doesn't want to be effective or efficient, but we can only do that when the agencies speak to us."

Jones also said if DPHHS was worried about cuts to specific programs, like vocational rehabilitation, then they should have been working with the Legislature before the cuts were suggested.

Shyla Patera, a specialist at North Central Independent Living, told the committee that without vocational rehabilitation, she wouldn't be able to live the life she has now. The training helps individuals living with disabilities gain skills and find employment.

"We all as citizens with disabilities want to live, work and play in our communities," Patera said.

Co-chair of the House Appropriations Committee Nancy Ballance, R-Hamilton, says the bill will be voted on after all five sections of the bill have had a public hearing.

The committee endorsed the legislation 16-6 and it will now move to the full House for debate.

The House Appropriations Committee heard from the public about education funding at last week's hearing on House Bill 2. The education section of the proposed budget includes a tuition freeze for higher education and does not include funding for a public preschool program.

Rep. Llew Jones, R-Conrad, is chair of the education subcommittee for appropriations. He said the preschool program, which is endorsed by Gov. Steve Bullock, was left out because a bill that would outline the program in detail has not been introduced.

However, Rep. Casey Schreiner, D-Great Falls, is carrying House Bill 225, which includes funding for preschool and inflationary adjustments for special education. It was heard in committee on Feb. 4 but lawmakers have not voted on it yet.

When HB 225 was introduced, Jones said it was not likely pass because it included too many programs. He said he would like to see each piece of the bill pass through the body individually.

Superintendent of Public Instruction Elsie Arntzen told the committee she was pleased the Legislature was able to pass the legally-required inflationary adjustments early in the session. Bullock signed House Bill 159 into law on Feb. 27, and Arntzen said schools were able to see it by March 1 to create their budgets for the upcoming year.

"In the hands of our teachers, closest to students -- that's where our money should be," Arntzen.

Arntzen said the Office of Public Instruction will also be asking for an additional $7 million in state funding for 600 unanticipated students who have enrolled in Montana's public school system.

Another significant section of public education funding goes to higher education -- the Montana University System. Bullock and the Commissioner of Higher Education, Clayton Christian, asked for lawmakers to freeze tuition at 4- and 2-year institutions. The education subcommittee complied with the request in its proposed budget.

The Office of the Commissioner for Higher Education also asked lawmakers to allocated $5 million to offer need-based financial aid to college students, which the university system would match dollar-for-dollar.

"Montana is a low-aid state. In fact we're 49th in the country," Christian said.

The subcommittee included an allocation of $2 million for need-based aid.

Student and President of the Montana Associated Students, Mariah Welch, testified in the hearing and asked lawmakers to add $3 million to that allocation. Welch receives the state's Native American waiver for college expenses, and said this type of aid is important.

"Without this funding, college did not seem financially available to me," Welch said.

Bill Seeks to Legalize Dice Game in Bars and Some Restaurants

Gamblers and gamers could be allowed to play the dice game cee-lo in bars or restaurants that sell alcohol under a new bill that's moving through the Legislature.

Angela Nunn, administrator of the Gambling Control Division at the Montana Department of Justice, opposes the bill. She said it doesn't offer tight enough restrictions on a game with varied rules and her department couldn't help police cheating.

"I've heard of people losing $1,000 on one roll of the dice playing the game. If someone were to complain to us of cheating or collusion, there's an expectation that we would be there to assist them," Nunn said. "The way this is drafted without regulatory controls, there would not be much we could do for them."

The bill lets players of cee-lo agree on the rules beforehand, which Nunn said is too broad. The game, also referred to as "4-5-6" or "pair and a point," is generally played with three six-sided dice. The first player to roll a predetermined combination of numbers wins. 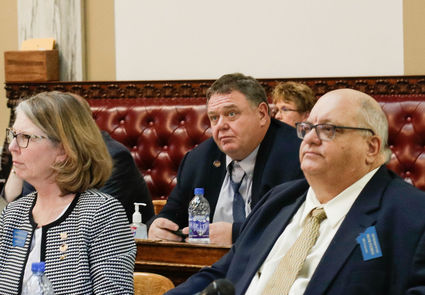 Rep. Llew Jones, R-Conrad, is chair of the education subcommittee for the House Appropriations Committee, which presented a proposed budget on March 7, 2019.

But Lynch said the game, which can already be played privately, is friendly with generally low stakes. He also said regulation and oversight from an already burdened Department of Justice is unnecessary

"We hear about how the agency is overworked and underfunded, and yet we're trying to increase our supervision and increase our bureaucratic overreach," Lynch said. "At the end of the day, if someone wants to go to somebody's house or if somebody wants to go- God forbid- in a church basement and shake dice, they can now."

The bill passed out of the House in February with a vote of 84-13.