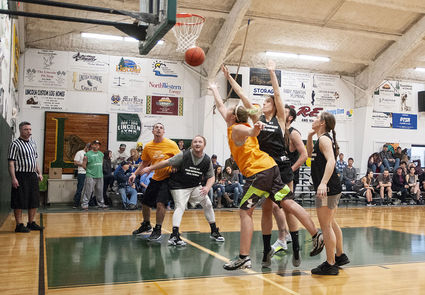 A Lincoln Telephone player attempts a shot against the Big Rock defense during the Championship Game Sunday afternoon.

Dave Sitch said his family is so thankful and appreciative for the continued support of the Pete Sitch Memorial Basketball Tournament.

This year marked the 32nd annual tournament created in honor of the Sitch family patriarch, who was killed in a logging accident in 1984.

The Lincoln Telephone Company team took home the top spot after beating Big Rock, a team based out of Boulder, in the champ...