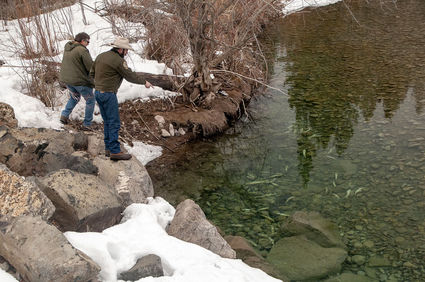 The bitter cold temperatures that gripped the area in February and early March is believed to be the culprit behind a fish kill near the bridge at the end of the 4x4 Road, east of Lincoln.

Billy Smock of Lincoln noticed dozens of dead fish around the bridge Friday while out walking in the area. She reported the kill to Lincoln-area Game Warden Ezra Schwalm, who arrived that afternoon to check i...