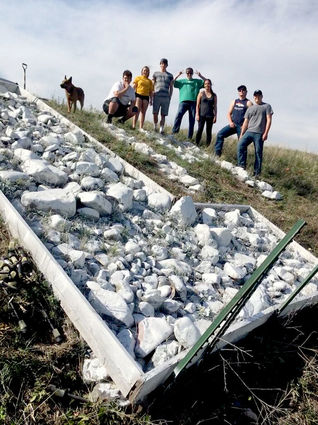 Members of the Lincoln High Class of 2019 pose for a photo after knocking down weeds and repainting the large L on the hill side above the Cyr pasture west of town. The class put their own stamp on it by re-arranging a small set of rocks nearby to read 19, replacing the 15 arranged by the senior class four years ago.

The L, originally lit at night with more than 100 solar lights, was installed in 2015 by Jim Oly. He dedicated it to the memory of Heather Terman, who died in an ATV accident in 2014. Letters on hills representing schools are common in Montana towns, and they are traditionally maintained every year by high school seniors as a show of class pride.