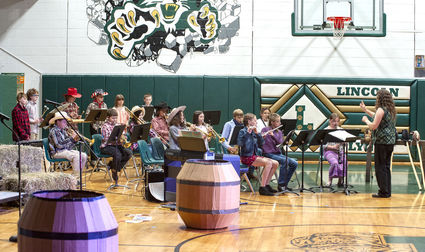 The Lincoln 56 Band performs at the start of the spring concert.

They were followed by the pre-schoolers, who recited Hickory Dickory Dock, Hey Diddle Diddle and Old MacDonald Had a Farm.