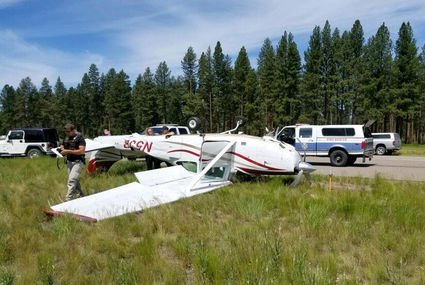 A Cessna 182 flipped over during an attempted landing at Lincoln Airport Sunday June 30.

According to Lincoln Fire Chief Zach Muse, a wind gust caught the aircraft as it came in for a landing just before noon. The pilot was unsuccessful in his attempt to abort the landing and front wheel dug into the dirt alongside the runway, flipping the small plane.

In a informational release, Lewis and Clar...