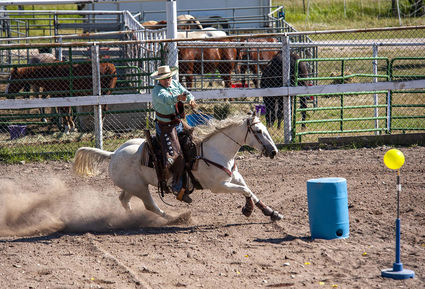 Mike Emch, president of the Treasure State Cowboy Mounted Shooters Association, lines up on a target during the group's "Shootout at the Lincoln Corral" Saturday, July 20. Emch dominated in the final shotgun events of the day, coming away with two clean runs.