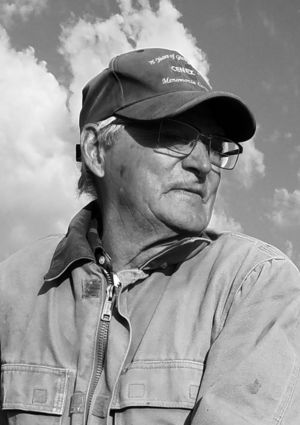 Helmville - Donald Joseph Pocha, 80, of Helmville passed away on October 10, 2019 at home, surrounded by his loved ones.

He was born on Nov. 20, 1938 to Joseph and Florence Pocha of Gilman, Mont. In 1946 the family moved to their new ranch in Montana City. He attended one room school houses in Gilman and Montana City and Jefferson High School in Boulder.

In 1956 he married Hap(Sharon) Ross. His early work was at the smelter in East Helena. He wanted a job at the cement plant in Montana City but they wouldn't hire him because of his small stature. When Donald showed that he could carry a sack of cement under each arm, they hired him. Donald continued working at the cement plant even after moving the family to their new ranch in Helmville in 1974. He continued to commute to Helena on Hwy 141 when it was still a gravel road.

Donald and his family raised cattle, hogs, hay and grain on the ranch in Helmville. Eventually the ranch became primarily a cattle and hay ranch with Angus cows and raising Angus/Charolais calves. His ranch and his family were his pride and joy, his job and his hobby.

Donald and Hap and later Julie attended the Helmville Community Fellowship Church. Before his death he was very thankful for his ranch and family. Even though he didn't want to stop working or leave his family, he knew he could look forward to his future in Heaven with his Savior Jesus Christ. As Julie and the boys were praying for Donald's peaceful release from this world and said, "Amen", the Lord Jesus took him home.

He was preceded in death by his parents Joseph and Florence Pocha, brother Charles, his wife Hap, stepmother Rita Pocha and grandaughter Cheyanna Harbour.

The memorial service will be Friday October 25 at 11am at the Helmville Community Hall with a luncheon to follow. In lieu of flowers, please send contributions to the Helmville QRU. P.O.Box 74, Helmville, Mont