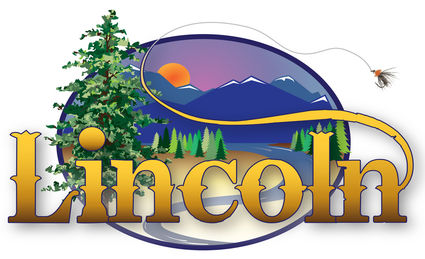 PureView Health Centers is coordinating with the Lewis and Clark County Public Health Department and Centers for Disease Control in their efforts to protect their patients and the community against the spread of COVID -19.

PureView Chief Executive OfficerJill Steeley said patients at Parker Medical shouldn't see too much in the way of change, but they are taking precautionary measures.

"We'll still be seeing people there. We'll just be calling them first to see if they have any symptoms," she said. "If they have symptoms the have to be triaged differently when they get to the clinic. If people just show up, they'll be triaged at the front door."

According to guidance developed by Pureview, patients with appointments that can be delayed will be asked to reschedule to minimize possible exposure to the virus.

Patients who wish to be seen and are experiencing symptoms including fever, cough or or shortness of breath are being asked to call 362-4603 before coming in. They will be seen, but calling ahead allows the staff to discuss the symptoms and prepare for patient safety and to limit exposure to staff and other community members.

Patients who are exhibiting flu like symptoms and come to the clinic without calling ahead are asked to let a staff member know and to wear a mask at all times. Masks will be available at the front door.

Steeley said the emergency declarations, as of Monday morning, hadn't yet helped to alleviate the shortages of supplies they have experienced, including items like masks and test kits.

"We're making our requests," Steeley said, "but the supplies just aren't there."

Bullock said Monday that the state is expected to receive 1000 more coronavirus test kits Thursday, March 19, which will more than double the testing capacity for the state.

"People with shortness of breath, fever, cough or travel in their recent history, or have been near someone who was diagnosed (with coronavirus) need to call the clinic beforehand and we will get them in to be tested."

Swabs for the tests are taken locally, but the actual test is performed at the state's Public Health Laboratory in Helena.

Steeley said they are advising people to observe the steps recommended by the CDC to limit the spread of the virus. (see pg. 12)

The Lincoln Volunteer Fire Department has opted to cancel the annual Fireman's Ball that was scheduled for March 21.

Until last weekend, the Lincoln Fire Department was moving ahead with plans to host the fundraiser, but the Governor's decision Sunday to shut down the public schools and to recommend a 50 or fewer person limit to gatherings changed expectations.

Lincoln Fire Chief Zach Muse said as much as he and others wanted to move ahead with the Ball, he realized it ould not be not a good look for a community leader to flagrantly disregard the governor's guidance out of hand. He said he also recognized circumstances, including the push for social distancing, would have had a negative impact on attendance, particularly among kids and older community members. Since the Fire Department wants to make sure the Fireman's Ball remains a family event, it made sense to reschedule it for later in the spring.

Muse said they intend to keep the gun raffle going until they can find a new date for the event, which he anticipates will be sometime in May.

Although COVID-19 preparations had an impact on their fundraiser, Muse isn't concerned about the preparedness of his firefighters, or a loss of fire protection for the community.

"We've got guys who have the flu right now," he said last week. "They just stay home. It's everyday life. If you've got a cold or the flu, stay home."

In the event the Lincoln Fire Rescue sees a major impact from a disease, whether it's the corona virus or the flu, Muse said they would be able to call on the Rural Fire Council for help with fire protection.

"We're well stocked and well prepared for any kind of incident," he said. The most notable changes will be during ambulance responses to any call dealing with respiratory or breathing difficulties.

He said the ambulance crews tend to take extra precautions with respiratory issues any way, particularly during flu season, which is in full swing right now. "We don't want to catch it. We'll always have gloves on, but we'll go in with an N95 face mask, and eye protection."

"If the corona virus does hit Lincoln, there may be a little bit of a delay for us to go into the house because we're going to form a plan - and each plan is going to be different - on how we're going to go in and handle the patient," Birkholz said.

"We'll make sure the patient is comfortable and make sure we package them up where they're not exposing other people," he explained.

Birkholz said they clean the ambulances and their equipment with the industrial disinfectants.

Though the focus is on coronavirus, Birkholz said his he's actually more worried about the flu at the moment. Still, he recognizes that coronavirus is more contagious than the flu and shares many of the same symptoms.

"We have a lot of elderly people in this community and that's what we're worried about," he said.

Birkholz said people need to just stay home and not go out in public if they have any symptoms, whether for coronavirus, the flu, or the common cold. "I can't say it enough, if they think they have any kind of symtoms, they need to stay home. "

incoln proved it wasn't immune to the rush of panic buying related to COVID-19, and the shelves at D&D Foodtown have developed some noticeable bare spots in the last few days, as people began hitting the smaller stores around the state once the larger stores ran out of stock.

D&D owner Ron Arambarri said they've been working to keep the store stocked up, and doesn't expect the trend to last.

As with most stores around the country, toilet paper has become a scarce commodity. Arambarri said it's going out of the warehouses as fast as it comes in. He said he recently ordered a semi load of toilet paper, but received only four cases.

"That was gone in the first ten minutes," he said.

People are continuing to buy up supplies of non-perishables and water, but Arambarri said perishables haven't been a problem.

Arambarri said the panic buying caught almost everyone "with their pants down," and they're still trying to catch up.

"Once we catch up, things are going to be fine," he said.

The Lincoln Senior Center closed to the public Monday, following guidance from the Rocky Mountain Development Council. Although the indefinite closure impacts the daily meal service and other activities held there, Meals on Wheels will keep rolling.

"I will still be doing meals on wheels for people who don't have wheels and can't cook for themselves; the ones who really need it," Senior Center manager Diane Ironi told the BVD Monday.

Ironi said they still have commodities scheduled to come up March 25 and she said they're hoping they can still do that. "At this point we are still going to do commodities next week, but it's going to have to be outside."

Ironi will still be at the Senior Center to prepare food for Meals on Wheels. She said people can call her, or leave a message, at 362-4504 if they have any questions.

The welfare and safety of our volunteers, members and supporters is our top priority," Hoyt wrote in an e-mail to Ducks Unlimited supporters nationwide. "As many of you know, late yesterday afternoon the CDC issued guidance that all events of greater than 50 people be suspended for eight weeks. Ducks Unlimited will adhere to this direction and effective immediately, all scheduled fundraising events and gatherings of 50 or more people through Sunday, May 10, will be postponed.

The Blackfoot River Chapter sent out invitations to the banquet, which had been planned for Saturday, April 19, just last week.