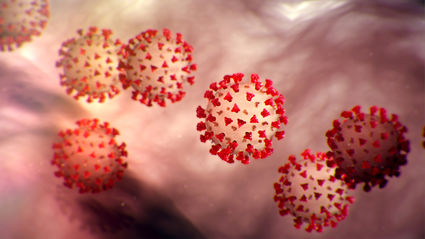 Lincoln started to feel the pinch of efforts to slow the spread of COVID-19 this week, on the heels of a series of emergency declarations, restrictions and closures.

Monday morning, Lewis and Clark Public Health Officer Drenda Niemann ordered the closure of most food, drink and fitness establishments throughout the county from Tuesday morning, March 16 at 6.a.m. until 8 a.m. March 23. The order, approved by the City-County Board of Health closed bars, casinos and gyms, and limited restaurant service to take-out, delivery or drive through.

"The Board of Health, through the health department, has the legal duty to protect the public from the introduction and spread of communicable disease," Niemann said in a press release. "We don't make this decision lightly. We believe it's a vital step in stopping the spread of COVID-19."

The decree followed the lead of several other counties, including Butte-Silverbow and Missoula, and came just a day after Gov. Steve Bullock ordered the closure of all K-12 public schools in the state from March 16 through March 27.

The closures are aimed at "flattening the curve" of the spread the disease, preventing the exponential growth that could overwhelm health care resources needed to treat the infections.

Although there have been no cases reported in the Lincoln area, Montana reported nine confirmed cases in the state Monday evening, with no deaths.

According to a Centers for Disease Control update Monday evening, there were 3487 COVID-19 cases reported in the US, and 68 deaths. Those numbers are expected to rise as more testing kits become available and more people are tested for the disease.

The closure orders and interim CDC guidance to limit gatherings to 50 or fewer people triggered a cascade of local event cancellations forced local businesses owners and organizations to scramble in the face of the upheavals.

"I never thought I would ever see something like this," said Laurie Richards who, with her husband Doug, owns the Wheel Inn, as well as the local school buses.

Richards is concerned that the closure order for bars and restaurants will have a serious impact on Lincoln's economy, which largely relies on a service economy centered on those very businesses.

"I really feel for the businesses that are new in town that have their payments, who are trying to come out of this long winter we had, just to be closed down," she said.

While some bar/restaurants have shut down for the duration, Richards plans to continue serving food at the Wheel Inn through delivery and pick up.

"We hope people take advantage of it," she said. "If it doesn't work out, we can't afford to stay open just to cook."

Jill Frisbee, owner of the Pit Stop said she has mixed feelings about the closure order. "I think we just need to go with what they're saying. A lot of people think it's political. I'm not sure if it is or not."

Since the Pit Stop is strictly a restaurant, Frisbee plans to "roll with the punches" and continue serving to-go orders, but she understands that the establishments in town that are both bars and restaurants are likely to see a more significant impact from the restrictions.

"That's huge for the bar owners to be able to do anything," she said.

Both Richards and Frisbee said they're concerned about the impact the closures will have on the employees throughout town who will be out of work, particularly if the closure order is extended beyond March 23.

"My big concern is the people living pay check to pay check, who couldn't get the toilet paper they needed or the diapers they needed when everyone else was going nuts," Frisbee said. Some of those people aren't going to have a paycheck, they don't have daycare.

Frisbee said she thinks the closures are hurting the economy all over the place, but she's optimistic about a rebound if it's short lived.

"I don't know what it's going to do to the small businesses," she said. "If it's only a couple weeks we might be able to bounce back. If it's a ripple effect that takes three or four months, we're all gonna feel it a lot."