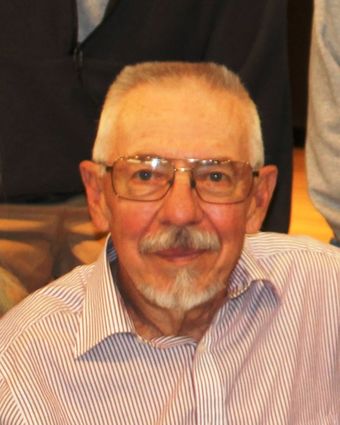 Bill enlisted in the United States Air Force in 1955. He served throughout the United States, as well as in Germany, Vietnam and other countries during his career. He retired from Malmstrom Air Force Base in 1975. After his retirement from the U.S.A.F., Bill worked at K-Mart in Great Falls for 20 years, helping customers with home improvement.

Bill was an avid outdoorsman and enjoyed hiking and fishing the Bob Marshall Wilderness with his children. He was a perfectionist as a handyman and craftsman, known for his wood working and furniture crafting skills. He enjoyed gold prospecting and was an active member of the Blackfoot River Chapter of the Gold Prospectors Association of America.

Bill was preceded in death by his parents, two brothers and a sister. He is survived by his loving wife Lea and his three children, Darlene McPhail, Barry and Steve Reiling, as well as three grandchildren and three great-grandchildren. Bill also had five step-children, Angela, Lisa, Gary, Greg, and Tina Goode.

His cremation was cared for through Retz Funeral Home in Helena, Mont. His Memorial Service will be held at a later date.

Please visit http://www.retxfuneralhome.com to offer a condolence to the family or to share a memory of Bill.