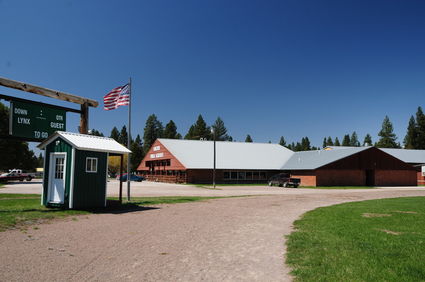 Lincoln School may continue distance learning for the remainder of the school year, following a school board discussion at their April 20 meeting and a recommendation developed by the staff after Governor Steve Bullock announced an easing of the directives that closed schools statewide in March.

In an email update to parents on Friday, Apr 24, Packer wrote: "With all this, we have decided to recommend to the board that we finish the year out on-line. We are doing this for the safety and acclimation of the students. We are also, however, recommending that the last day of school will be on May 28th, not June 10th."

The Lincoln School Board met Monday, April 20 to discuss how to continue schooling through the rest of the year, graduation considerations, the school's accreditation report and teacher contract renewals.

Much of the conversation focused on whether to try to bring students back into school if they could reopen. Governor Steve Bullock didn't announce his reopening initiatives until April 22, which allows schools to reopen May 6 if local school boards so choose.

"My feeling is we're already almost done with April. We only have basically four or five weeks after that. Just to bring kids in and possibly contaminate and undo everything that we've been doing for just four weeks left, it's my feeling just to continue to keep doing it at home. I believe it's working," Board President Aaron Birkholz said.

During the meeting, the school board also discussed whether to hold a smaller graduation ceremony outside, enforcing social distancing measures, or to postpone the ceremony.

"I definitely want it pushed," Lincoln student body vice president and senior Sage Kamps said. "Graduation is super important for seniors. We get appreciated, and I think it's important for me, personally, to have family members there and friends. I think pushing it would be my preference."

A final decision was not made at the meeting. The school board held a special board meeting Tuesday, April 28 (after the BVD went to press) to hear and potentially approve the recommendations.

The board, teachers and students also discussed what to do with senior class trip funds. Although a decision wasn't made, scholarships for the students were proposed as an option.

The Board also accepted Philip Reed's resignation letter during the April 20 meeting.

The board approved advertising for open positions, which include a music teacher, English teacher, preschool teacher, and a P.E. teacher.

The school's accreditation report was regular for both elementary and 7th-8th grade, but the high school is under advice status.

Superintendent Jennifer Packer said the status is "basically because of graduation rates."

"Because of the low number of graduates we have, it's a percentage of how they put that in," she said.

The rate is affected by graduation rates over the last few years and is affected by students who withdraw from Lincoln Schools but don't re-enroll in another school, even if they go on to home school or to get a GED. Packer said she submitted the required paperwork demonstrating the school's work toward supporting student graduation, such as efforts to provide extra assistance. "We have online classes. We have some credit recovery stuff going on. There's a lot of things we do to try to get these kids to graduate."