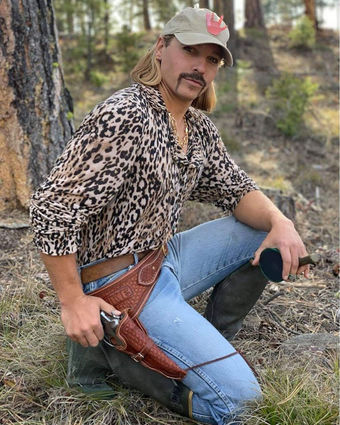 Beginning in mid-April, Shimer recorded a series of turkey calls for the digital competition which took place on Instagram. Up to eight callers participated in each state competition. There were more than 250 competitors overall. Shimer advanced through each of the rounds to take first through a combination of judging and voting via the BHA Instagram page.

"It was a great little event to get people involved and to get some entertainment to people cooped up," said Shimer.

Shimer has been practicing turkey calls and building calls since childhood. According to MeatEater.com, turkeys have at least 29 vocalizations, including yelps, cackles, purrs, clucks, putts and gobbles. Part of the competition was judged on accuracy of sound replication, and competitors used a variety of tools to do this.

Shimer competed in the first few rounds using only his natural voice, and used natural voice calls, friction calls, and diaphragm calls in his thirty-second finals video. Turkey calls can be made with a variety of resources, and Shimer said he has built calls in the past from cow horns, box turtle shells and slate, among other materials.

"I come from a melting pot of world caliber woodsman. Many of the greatest callers and call builders to ever play the game collect their mail within close proximity to my home town in south central PA. From an early age I was exposed to these guys, and they quickly became my childhood heroes. To accurately produce a realistic turkey sound, you have to train your ear to specific tones, pitches, and rhythms. My upbringing around those men heavily influenced my ear and expectations on how a live turkey sounds and operates," Shimer said.

The competition wasn't just about turkey calls. Entertainment also played a part, with some competitors dressing up and others acting out scenes during their competition videos. Shimer dressed as Joe Exotic, the main character from the Tiger King, for most of his videos.

Tiger King, which was Netflix's most popular show for two weeks running after it launched in late March, was mentioned in his first competition video, said Shimer. Later, he and some friends were discussing ways to make the subsequent videos entertaining. He decided to dress as Joe Exotic for the second video and was dubbed "Luke Exotic" by the Montana BHA Chapter, who encouraged him to keep up with the theme for the remaining videos, he said.

"I'm always around Lincoln, and I'm always available if people want to get started with turkey hunting," Shimer said. "I would like to thank the Backcountry Hunters and Anglers for putting on and promoting the competition. I would like to acknowledge the National Wild Turkey Federation for the advocacy and ongoing efforts to preserve and expand the wild Turkey. I would also like to thank everyone who followed along, and participated in the voting process throughout the competition. Thank you for voting me as the national champion, and bringing that title back here to Lincoln."