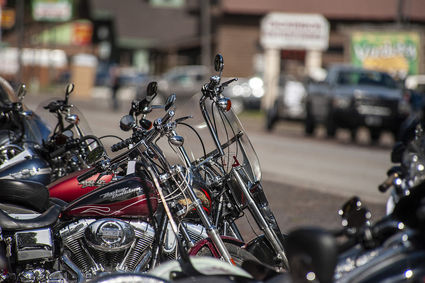 A row of bikes are parked long Highway 200 during the 2019 Lincoln Bike Rally.

The annual Lincoln Bike Rally, hosted by the Tenacious Dames Riding Club, has been canceled for ths year, but is scheduled to return next summer, from July 9 -11, 2021.

The decision was not an easy one, according to Tina Bundtrock, Tenacious Dames State Event Coordinator.

"Just generally, we know this was a tough call. We knew it was just another hit financially for the town, and that made us not feel good," said Bundtrock. "We were on the phone for three hours, and this was our second conversation about it. We discussed all the pros and cons. We looked at the extra costs. We've never experienced anything like this, the country, the state, the nation, the world."

The Tenacious Dames discussed their options with county health officials and learned that there are no guidelines written for stage two or three yet. "And I knew they weren't able to have dates where stages would reopen, and it could really take us a while to get to stage three," said Bundtrock.

Bundtrock spoke with Jordan Moore, Environmental Health Specialist for Lewis and Clark County. "Jordan painted a very clear picture. If you're going to do anything with more than 50 people, you shouldn't even be planning right now," said Bundtrock.

Bundtrock said she asked about the penalties if they held the event, and that Moore said those could include a cease and desist order, a ticket or jail time.

Financially, the Tenacious Dames faced a difficult decision. "We had some money coming forward, and that money went into deposits for the band. It was unknown if we were going to raise enough money through tickets. We've got to provide hand-washing stations, hand sanitizer. That alone could cost us another grand. We took this on ourselves this year, 100 percent, give or take. We're losing money. We're taking the hit. If we canceled it, it would cost us less money out of our pocket than if we moved forward and had the cease and desist order," Bundtrock said.

Another concern she noted was the quantity of attendees and vendors who travel for the rally. "They're going to come from out of state, from Idaho and Washington where they still have a lot of cases. The jeopardy is someone being a carrier and getting someone else sick."

"Some community members are really upset with us. It's not about conspiracy or about people thinking they're going to get contaminated or staying home. There're so many other factors that go into this: if the band were to cancel, or if the vendors didn't show up, if we were to get a ticket."

"Overall, the other comments and statements have been understanding and very respectful," Bundtrock added. 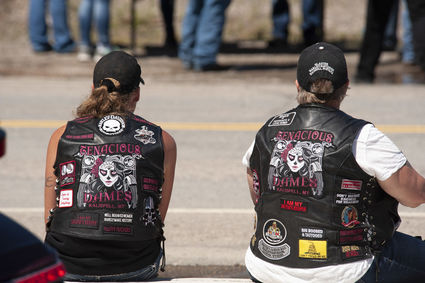 With this year's rally canceled, the Tenacious Dames are working towards getting everything rescheduled for next summer's date.

Vendors were coming from California, New Mexico and Arizona, according to Bundtrock. "They've reached out. All of our vendors are planning on coming next year."

"We already updated the Facebook," added Bundtrock, saying that if people have purchased concert tickets, they can either ask for a refund or they can hold on to their ticket for next year. If anyone has questions, they can reach out to Bundtrock at [email protected]