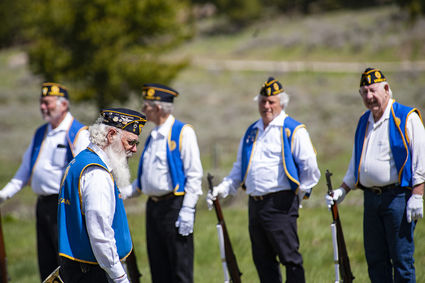 Lincoln American Legion Post 9 held a short Memorial Day ceremony Monday, May 25. The ceremony, a 21-shot volley followed by the playing of Taps and the flag raising, drew more than a dozen onlookers, including veterans and family members.

Post 9 held the short ceremony in lieu of their standard ceremony at the Community Hall due to concerns about COVID-19. The ceremony was originally planned for the historic cemetery in Lincoln Gulch, but was changed due to roadway flooding. 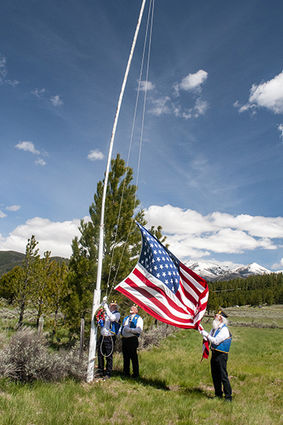 Foreman, Doug Vulcan and Jim Phennicie lower the flag before raising it to full staff after the observance.