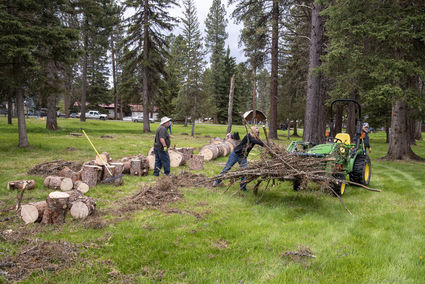 Deb Patzer loads branches and debris onto a tractor.

More than 20 volunteers turned out to help with the annual Lambkin Park cleanup June 6. "This is probably the most I've ever seen," said new Ponderosa Snow Warriors President Ron Zarr. Past President Steve Tjaden, who has been a fixture at pastclean ups, made the same observation. PSW treasurer Bonnie Christian said they usually see only a handful of helpers. Zarr credited an effort to get the...