Lincoln Out Of Date 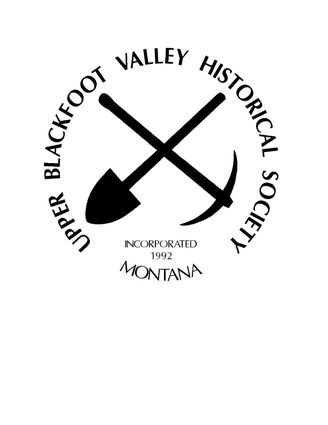 With progress being made toward reconstruction of the historic Matt King House, it seemed like a good time to take a look at what 'Goldpans and Singletrees," the history of the Lincoln area published by The Upper Blackfoot Valley Historical Society in 1994, has to say about the man .

On the edge of some tall pines, one-half mile north of Highway 200 lies some of the richest farm land in the Lincoln valley, its fields irrigated by Spring, Keep Cool, Sucker, and Liverpool creeks, all of which flow into the Big Blackfoot River.

Among the earliest settlers of the area was Matthew King, of Scottish background. King homesteaded one-half mile east of what is now Sucker Creek Road; in 1993 one could find the land by noting the first turn-off after crossing Spring Creek bridge.

'Progressive Men of Montana' notes, that "Mr. King has the distinction of having been the first bonafide settler in Lincoln Valley being the first to file government and railroad land claims in this section."

Matthew King, born January 9, 1844, in Linwood, Renfrewshire, one of the smaller Scotland counties, went to sea, at eighteen, on a shipping boat that sailed to various Mediterranean ports. In 1869, King came to the United States, arriving in New York City on the day when the remains of President Lincoln lay in state at the city hall.

King went to St. Louis, Missouri, then by steamer up the Mississippi and Missouri to Fort Benton, Montana, where he arrived June 1869. He proceeded to Helena, arriving there on the morning when the town was practically destroyed by the memorable fire of that year. He spent one day in Helena and then went on to Lincoln Gulch where he devoted his attention to mining for several years. King then began homesteading, eventually acquiring some 720 acres, all of which was in the Keep Cool Creek area. 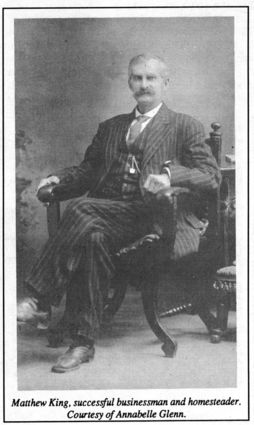 The original 720 acres of King's Homestead was owned in 1993 by the Grosfield family; the house and barns still stood as the oldest remaining buildings in the Lincoln area.

Our occasional “Lincoln Out of Date” feature will be seeing some changes. What began as an occasional look back at stories in “Lincoln Up to Date,” a newsletter published by the Lincoln Valley Chamber of Commerce in the late 1970’s and early 80’s, expanded to include articles from back issues of the BVD, The Lincoln Gazette and other regional newspapers.

Now, we’re making it a regular, recurring section and we’ll start including excerpts from the UBVHS history “Gold Pans and Singletrees,” original articles and (hopefully) reader’s anecdotes and images about the area’s history.

Do you have a Lincoln story? From day-to-day life to community events to adventures in the backcountry, we’d like to hear them. Type ‘em up, write ‘em down, e-mail ‘em, Facebook ‘em, record them on your phone, haul out your old tape recorder, whatever works.

Right now, access to the history of mid-to late-20th century Lincoln is pretty sparse, or at least hard to find. And it’s fading. It needs to be remembered and shared.

We may not be able to run them all, but if we don’t, the stories we recieve will nevertheless go into the UBVHS archive to help build a more complete picture of Lincoln’s history for a future update to ‘Gold Pans and Singletrees.’