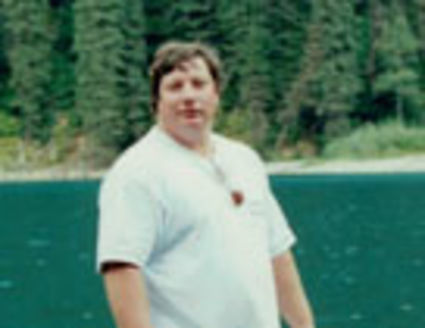 Richard was Born April 24, 1961 in Los Angeles, Calif. to Lee and Ila {Haslip) Mason. He received his education in Lincoln, Mont. through 8th Grade and graduated high school In Augusta in 1979.

Richard was part owner of the Husky gas station in Lincoln for nearly five years. Richard also worked at High Country Beef Jerky and Genesis International Sales and did a little work in construction.

Richard and Kristi Morris were married in Lincoln, they resided in Lincoln until moving to Kalispell in 1996. They were divorced, Richard remained a resident in Kalispell and worked as an independent contractor there until his death.

Richard took in many of the outdoor activities Montana had to offer, mostly fishing and hunting. He was hard worker and would help and assist people with the knowledge he had to anyone who asked. This trait was very helpful to his father on several major projects.

Richard was never afraid to experiment or adventure outside the box. He was generous to a fault. Richard was an honest, loving person, and was loved much by his father and friends.

Richard was preceded in death by his mother, Ila Mason in February 1990; his brother, Gearl Mason in May 2020.

He is survived by his father, Lee (Susan) Mason of Lincoln; three stepsisters, Elissa (Jordan) of Hogeland, Mont., Leslie (Robert) Jaramillo of Irving, Texas, and Andrea (Brad) Castle of Alexandria, Va. A graveside service is scheduled for 2 p.m. Wednesday, July 29 at the Old Lincoln Cemetery outside of Lincoln, Mont., with Pastor Steve Fawcett presiding.