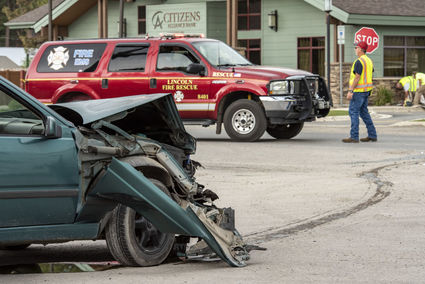 A Volvo sedan sits in the road near Lambkins as Lincoln Fire Chief Zach Muse directs traffic around scene of the accident it was involved in Wednesday evening June 24. 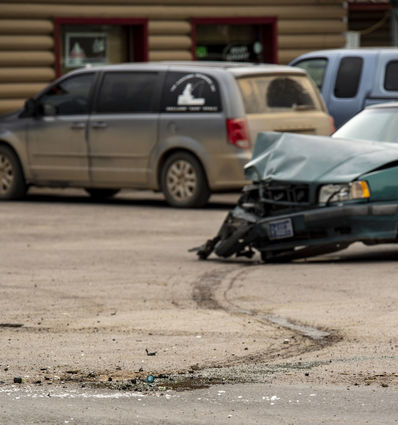 The driver of the Volvo attempted to turn left onto Highway 200 and collided with a passing logging truck.

Video of the accident captured on the BVD's security cameras shows the driver of the car waiting at the intersection for 20 seconds before attempting the turn and impacting the front right bumper and fender of the semi.

Neither of the individuals involved in the accident appeared to be injured. The driver of the car left the scene on foot before law enforcement arrived.