The order, effective immediately, applies to indoor public spaces in any Montana county with four or more active COVID-19 cases, and to some outdoor gatherings. 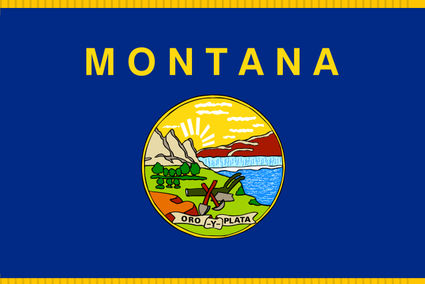 HELENA - Gov. Steve Bullock today said he's requiring mask wearing for many Montanans to slow the spread of the coronavirus as the number of confirmed cases continues to surge and the state grapples with a new problem of limited testing capacity.

Bullock acknowledged at a Wednesday press conference that efforts to convince Montanans to voluntarily wear cloth masks in indoor spaces - which health officials say reduces the chance of viral transmission from the wearer to others - have been unsuccessful.

"I thank all of those who've taken seriously their personal responsibility and their role in stopping the spread of COVID-19 ... but we need even more Montanans and those visitors who come here to mask up," he said. "The use of face coverings is a modest imposition. But they can do a great deal to keep Montanans safe, and also to keep Montana businesses and our main streets open."

The requirement applies to anyone, including out-of-state visitors, at indoor public spaces such as businesses and government offices. People at large outdoor gatherings of 50 or more are also required to wear a mask if social distancing isn't possible or practiced.

People inside businesses that sell food or drinks don't have to wear a mask while eating or drinking, Bullock said. Other exceptions include children under the age of 5, people with a medical condition that makes wearing a mask dangerous, and people doing physical activity like swimming or exercising.

Masks also aren't required in private residences, Bullock said. He added that there are currently no plans to mandate mask use in schools when they resume classes, though mask use will be recommended.

The order says businesses and other indoor public spaces can deny entry or refuse service to people not obeying the mask requirement. Law enforcement and public health officials could enforce state trespassing laws for those who don't comply.

At the press conference, Bullock didn't say what other penalties violators might face. But in a press release he said law enforcement and public health officials should focus first on education and warnings, "while reserving the imposition of penalties, trespass enforcement, and other formal enforcement mechanisms for only the most egregious, repeat violations that put the public at risk."

"No shirt, no shoes, no mask, no service," Bullock said at the press conference. "It's that simple."

More than half of U.S. states now have some form of mask mandate. None of Montana's neighboring states have instituted similar orders.

By requiring the use of masks, Bullock said, he hopes to slow the spread of the virus in Montana

Public health experts say cloth masks help prevent people with the virus from passing it on. On Tuesday, the U.S. Centers for Disease Control and Prevention said the results of two limited case studies showed masks can be an effective way to prevent spreading COVID-19, and pushed for the public to wear masks when in public.

"We are not defenseless against COVID-19," CDC Director Dr. Robert R. Redfield said in a Tuesday news release. "Cloth face coverings are one of the most powerful weapons we have to slow and stop the spread of the virus - particularly when used universally within a community setting. All Americans have a responsibility to protect themselves, their families, and their communities."

As of Wednesday afternoon, testing had confirmed a total of 1,074 active cases in Montana and 34 deaths from the disease. Of the total of 2,096 positive cases recorded in the state, 915 are considered recovered and 37 are currently hospitalized.

An additional 128 nonresidents have tested positive while visiting Montana, but aren't included in the state's official numbers, according to state testing data.

Bullock said Montana has the lowest rate per capita of positive tests and hospitalizations in the nation. Still, the number of new daily cases has continued to surpass one-day increase records since the end of June. Montana again broke the single day record on Wednesday with 145 newly reported cases.

Bullock also said Wednesday that the state is temporarily unable to continue its large-scale community surveillance testing because the private lab it contracts with can't meet the demand. He said testing through that company, Quest Diagnostics, will be paused for two to three weeks while it increases its own testing capacity.

That means upcoming community snapshot testing events may have to be cancelled. While Bullock said state officials are looking for ways to add capability in the meantime, the state lab won't be able to fill the gap.

Before Bullock's announcement, some municipalities and governments in Montana, including Missoula County, the city of Whitefish and the Crow Tribe had started to require cloth masks when in indoor public spaces. Others municipalities have said they are considering a similar order.

The order, which takes effect immediately, will apply to any Montana county with at least four active COVID-19 cases. As of Wednesday afternoon, 25 counties met that mark, according to state data.

The Gallatin City-County Board of Health was set to vote on a mask requirement on Tuesday, but was forced to postpone the vote after more than 100 meeting attendees refused to listen to the meeting from a different room in adherence to social distancing guidelines, the Bozeman Daily Chronicle reported.

Bullock also said cloth mask use, while not required, will continue to be recommended for residents and visitors of counties that fall below the four-active-cases threshold.

"It is the actions that Montanans will take in respecting the most vulnerable and their friends [and] neighbors who will keep us from having to take steps back like so many states have done," Bullock said. "Our numbers are climbing and they're continuing to climb, and we've got to change that."